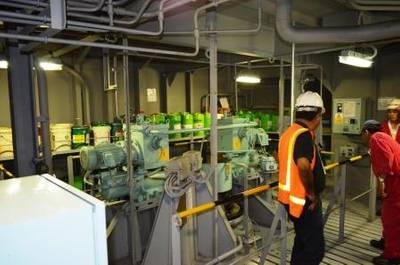 Minister of Transport, Works and Housing, Dr. the Hon. Omar Davies, MP, will be giving the opening address at the 19th annual meeting of the Caribbean Port State Control Committee (CPSCC 19), put on by the Secretariat of the Caribbean Memorandum of Understanding (CMOU) which begins with an official ceremony on June 23, 2014 at the Holiday Inn Sun Spree Resort in Montego Bay.

The Secretariat of the CMOU is located at the offices of the Maritime Authority of Jamaica (MAJ) in Kingston.

As Jamaica’s maritime administration, the MAJ takes very seriously its port State control responsibilities. Inspections are done by designated port State control officers (PSCOs), all of whom have spent time at sea as senior officers and have attended either the Caribbean MOU, Paris MOU, Tokyo MOU training courses and other international and regional training seminars for PSCOs.

The Memorandum of Understanding on port State control in the Caribbean Region (CMOU) was signed in Barbados on February 9, 1996 by nine authorities: Antigua and Barbuda, Barbados, Bahamas, Grenada, Guyana, Jamaica, St. Kitts and Nevis, Suriname and Trinidad and Tobago. To date, the membership has been expanded to fifteen countries including the Kingdom of the Netherlands and Curaçao as the newest members. In addition, France joined in 2013 as the CMOU’s first Associate Member.

The executive body of the CPSCC will continue their meeting until June 26, 2014. The meeting will discuss technical matters including the revision of the Code of Safety for Small Commercial Vessels, the development of a new database system - the Caribbean Maritime Information System, updates on the training of PSCOs in the region and other items such as the Treatment of Sub-standard Ships and the performance of Recognized Organizations and Flags operating in the CMOU region. Other administrative matters include further amendments to the MOU, the operational budget and the Audited Statements for the year prior.

Rear Admiral Brady, Director General of the MAJ, expressed his pleasure at being able to host this meeting, which Jamaica last hosted in 2002. He also emphasized the Government of Jamaica’s support for the CMOU by saying, “That Jamaica is an active member of the CMOU and committed to hosting the Secretariat, which is the administrative arm that operates and implements the terms of the MOU in accordance with the various international maritime instruments and laws, is a strategic decision. The work that has been put in by Jamaica over the years has not gone unnoticed by our regional partners who have signaled their support for Jamaica to continue as the Host State for these regional efforts. The Cabinet’s decision in October 2012 to reaffirm and formally approve the arrangement for the Ministry with responsibility for transport to continue as the designated entity for the oversight and implementation of Jamaica’s obligations under the Caribbean Memorandum of Understanding was greatly welcomed by the CMOU port State control authorities around the Wider Caribbean Region.”

Representatives of the International Maritime Organization (IMO), the United States Coast Guard (USCG), Lloyds the Viña del Mar Agreement and the Paris MOU on port State control participate as Observers in the meetings of the CPSCC.