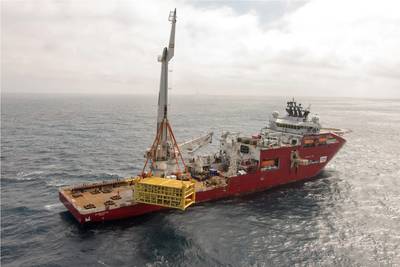 Ithaca Energy Inc. announced having successfully completed its planned semi-annual reserves based lending (“RBL”) facilities review and continues to maintain in excess of $100 million of funding headroom ahead of planned first hydrocarbons from the Greater Stella Area in the third quarter of 2016.

Following the RBL redetermination process the Company’s available bank debt capacity is over $430 million prior to Stella start-up. When combined with its $300 million senior unsecured notes this takes available debt to over $730 million, providing funding headroom in excess of $100 million.

The Company has in place two bank debt facilities, maturing September 2018, totalling $650 million; a senior RBL facility of up to $575 million and a junior RBL facility of up to $75 million. The availability to draw upon the facilities is reviewed by the bank syndicate on a semi-annual basis. The first amortisation step for the RBLs is January 2017, when the facility size will reduce to $535 million. Both RBL facilities are based on conventional oil and gas industry borrowing base financing terms, neither of which have historic financial covenant tests. In addition to the bank debt facilities, the Company has $300 million senior unsecured notes due July 2019.