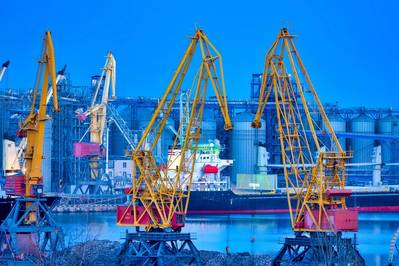 Russia's blockade of Ukrainian ports has prevented shipments of grain, a major export product of both countries. Russia accuses Ukraine of mining the ports and Ukraine has described the Russian position as "blackmail."

In a phone call, Draghi assured Zelenskiy of the Italian government's support for Ukraine along with the rest of the European Union countries.

"The call focused on the latest developments on the ground, with particular regards to the eastern regions of the country," the Italian statement said.

"We expect further defense support from our partners," Zelenskiy said in a tweet.

"Raised the issue of fuel supply. Ways to prevent the food crisis were discussed. We have to unblock ports together," he added.

Draghi and Russian President Vladimir Putin on Thursday discussed ways to ease the international food crisis, with the Kremlin saying this could be done only if the West lifts sanctions imposed on Russia.