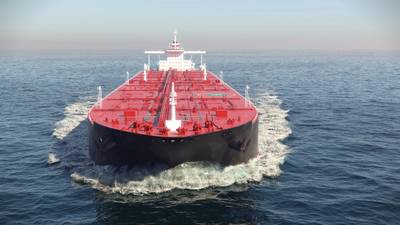 Iran is building a $1.8 billion oil pipeline to its port of Jask outside the mouth of the Gulf, the country's oil minister said, as part of plans to protect its exports against potential problems in the region and to boost shipments of Caspian oil.

Iran has been planning since at least 2012 to set up the terminal on the Gulf of Oman, just outside the Strait of Hormuz.

Tehran has threatened to block the vital Gulf oil shipping route during its standoff with the United States, after Washington last year withdrew from Iran's 2015 nuclear deal with world powers and reimposed sanctions, including on Tehran's vital oil exports.

Zangeneh added that two refineries as well as petrochemical facilities were also planned in the region.

"Zangeneh said the country was building a $1.8 billion oil pipeline project from Goreh to Jask Port, of which $700 million alone would be spent on developing the port," the ministry tweeted.

Industry sources told Reuters that Iranian crude exports had dropped in June to 300,000 barrels per day (bpd) or less after Washington tightened sanctions on the country’s oil exports in May. In April 2018 exports stood at more than 2.5 million bpd.