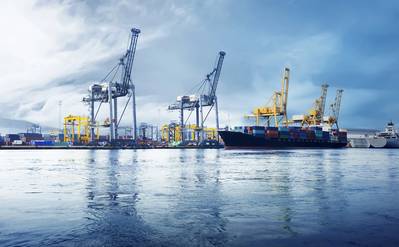 Indonesia posted a larger-than-expected trade surplus in February with exports surging and imports contracting amid disruptions in global supply chains due to the coronavirus outbreak, data from the statistics bureau showed.

Southeast Asia's largest economy had a $2.34 billion surplus in February, compared with the $90 million surplus expected in a Reuters poll.

The surplus was the first in four months and the biggest since September 2011, according to data from Refinitiv. There was a deficit of around $870 million in January.

Exports surged 11% from a year earlier to $13.94 billion, the steepest increase in more than 1-1/2 years, supported by increasing shipments of vegetable oils, gold, auto parts and textile products including masks. The poll had expected a fall of 6%.

Imports dropped 5.11% to $11.60 billion, compared with a 3% decline seen in the poll. Overseas purchases of consumer goods, raw materials and capital goods fell.

Incoming shipments from China dropped by nearly $2 billion in February from the month before. China, where the coronavirus was first detected, is Indonesia's biggest trade partner.

Indonesia's trade deficit with China narrowed to $1.95 billion in the first two months of 2020, from $3.94 billion in the same period last year. Exports of steel, copper and pulp dropped, but imports of machinery and plastics plunged even more.

Wisnu Wardana, an economist with Bank Danamon, said imports were expected to remain soft for the rest of the year due to weak domestic demand, but also warned there could be major swings in monthly trade data due to the virus outbreak.