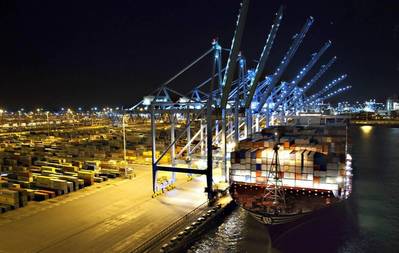 India’s containerised trade grew 6 per cent during the last quarter of 2018, with the western region outperforming the other three regions in Q4 trade.

A report released by the world’s largest container shipping company Maersk has attributed the growth in trade to increased demand for refrigerated cargo from India coupled with improved trade relations with China.

The demand for India-made goods such as vehicles, cereals and rice; supplemented by refrigerated cargo such as fish, seafood, vegetables and pharmaceuticals saw maximum growth in exports.

While imports have maintained a stable growth of 9%, largely driven by substantial inflow of metals and paper. Overall, the containerized trade has witnessed stable growth withstanding the fluctuations of global trade tensions.

Commenting on the overall growth in containerised trade, Steve Felder, Managing Director – Maersk South Asia said, “We witnessed a stable trade environment in the last quarter of 2018, due to base effects, weakening demand of goods in China, overall contraction in manufacturing around the world and the global trade tensions between major economies. But the stable growth in trade indicates that the economy has been able to sail through some of these challenges, including the impact of regulatory reforms such as demonetisation and implementation of GST."

"We are witnessing an array of developments in the industry with regard to digitisation, consolidation and infrastructure upgrades which will support in propelling India as one of the top trading destinations in the world,” he added.

As a consequence of favourable trade policies, China became one of the key export markets for refrigerated cargo. It also became one of the highest contributors to the country’s export basket in Q4 with a 71% Y-o-Y increase. Import growth was led by dry cargo, metals followed by paper and appliances and kitchenware drove the volume growth.