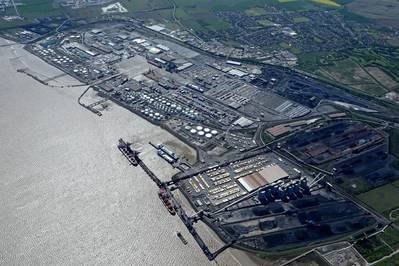 ABP Humber has joined the Association of Bulk Terminal Operators (ABTO) as a full member, in what marks a significant milestone for the newly formed trade association.

Associated British Ports’ terminals in Hull, Grimsby, Goole and Immingham, which together handle more than 65 million tonnes of cargo annually, contributing over £2.2 billion  ($2.8bln) to the UK economy, join a growing ABTO membership-base that includes operators in the Americas, Europe and Asia.

ABP Humber’s membership to ABTO follows that of another operator located on the UK’s east coast: Redcar Bulk Terminal, which operates a 32m long quay on the South Bank of the River Tees.

Redcar Bulk Terminal, on the south bank of the River Tees, was part of the UK’s integrated steelworks and an import facility for iron ore and coal cargoes. Following the closure of the steelworks in October 2015, RBT has continued to operate and grow as a major bulk handling facility capable of handling large capesize vessels with draughts up to 17m. RBT currently handles imports of coal, pet coke, GBFS and aggregates and export cargoes of scrap and metallurgical coke.

The Association of Bulk Terminal Operators, established in 2015, offers bulk terminal operators the opportunity to exchange information and expertise between members on a whole range of topics, including biomass and security.