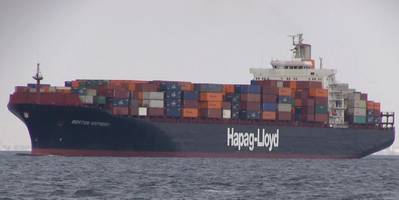 German ocean carrier Hapag-Lloyd aims to launch preparations for an initial public offering (IPO) in September, which is sooner than it originally planned, as a result of strong financial results, says Reuters.

Hapag-Lloyd’s solid second quarter financial performance, results of which will be published this month, has given senior management confidence to push ahead with listing plans earlier than planned.
The Hamburg-based company has already picked Deutsche Bank, Goldman Sachs and Berenberg to lead the transaction, Reuters reported previously.
The IPO could raise more than $5.5bn, according to reports from earlier this year. There have been talks of a potential IPO of Hapag-Lloyd around the turn of the year, but it now looks like the carrier plans to seek a listing as early as September, so that the shares can be traded at the Frankfurt stock exchange already by October.
The notion of an IPO for Hapag-Lloyd came into play when the merger with Hamburg Süd was unsuccessful a few years back, and Hapag-Lloyd - in addition to last year's merger with Chilean CSAV - is looking for additional ways to raise capital.
Hapag-Lloyd operates a fleet of 190 containerships with a container stock of over 1.6 million TEUs. The German carrier is owned by CSAV (34 percent), the City of Hamburg (23.2 percent),  Kühne Maritime (20.8 percent), TUI (13.9 percent), Signal Iduna (3.3 percent), HSH Nordbank (1.8 percent), an investor pool led by  M.M.Warburg & CO (1.8 percent) and HanseMerkur (1.1 percent).
• Deutsche Bank • Goldman Sachs • Hamburg S??d