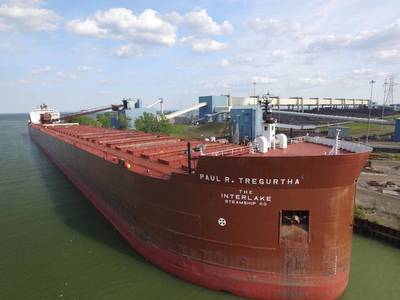 Shipments of iron ore on the Great Lakes totaled 6.56 million tons in July, an increase of 1.5 percent compared to a year ago.  Shipments were also 9.8 percent ahead of the month’s 5-year average.

Year-to-date the iron ore trade stands at 26.8 million tons, an increase of 0.5 percent compared to the same point in 2018. Iron ore shipments are 6.3 percent ahead of their 5-year average for the first seven months of the year.