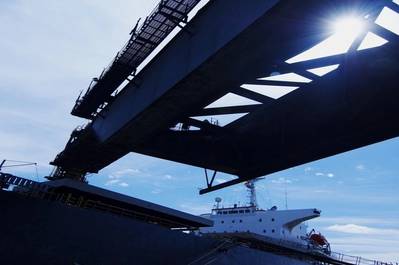 Glencore Chief Executive Ivan Glasenberg has told investors he plans to retire from the commodities trader and miner in three to five years, Bloomberg reported on Monday.

Glasenberg has started training three to four people to succeed him in the job, but did not disclose the shortlist of candidates, Bloomberg reported, citing people familiar with the matter.

Glasenberg, who is also the company's second-largest shareholder with a 8.56-percent stake, according to Refinitiv Eikon data, said in recent investor meetings he would not sell his shares after retiring, Bloomberg added.

A spokesman for Glencore declined to comment on the report.

Glasenberg joined Glencore in April 1984 and has held the top job at the company's Swiss HQ since 2002. Growing up in South Africa during apartheid, he worked his way to the chief executive's post over a quarter of a century.

After earning an MBA at the University of Southern California in 1984, Glasenberg was hired as a coal trader in South Africa. His rise also included positions in Australia, Hong Kong and Beijing.

The London-listed company posted record earnings for January-June -- building on 2017 full-year results it said were the best yet -- but also that higher costs and lower prices for cobalt and other byproducts ate into profits.

Glencore's share price has come under additional pressure from its exposure to Democratic Republic of Congo (DRC) and a U.S. Department of Justice (DoJ) investigation.