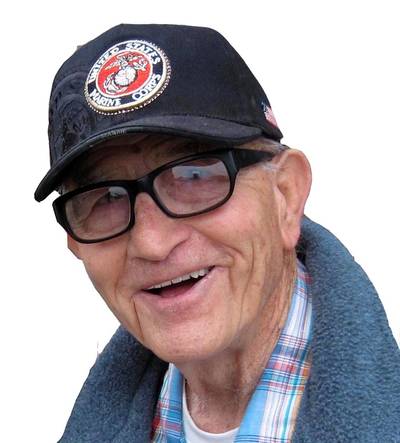 “Father” Gerrard Fiorentino, inventor, entrepreneur and namesake of Fiorentino Para-Anchor died Sunday, Jan. 5 due to heart failure following a stroke late last year. The 89-year-old had a long and illustrious career in many facets of the marine industry.

At 23, Fiorentino inadvertently invented the modern para-anchor while captaining his 65-foot tuna boat, Onward, off the coast of Mexico. In the 66 years that followed, he designed revolutionary commercial fishing machinery and his para-anchor became a mainstream safety device awarded numerous patents and recognized by NASA.

Born April, 9 1924, in San Pedro, Fiorentino was the middle child of Valentino and Mary Fiorentino. He was raised in the small fishing community and started working as a commercial fisherman at the age of 14 aboard the St. Augustine. He joined the Navy by the age of 20 during WW II and fought in seven major campaigns in the South Pacific.

Upon his return from the Navy, Fiorentino bought his first tuna boat, Onward. Since Onward was lean and as Fiorentino described, cranky, he sold it in 1948 to purchase the 87-foot tuna seiner Santo Antonino. The handling of the new boat sparked pioneering changes and developments to the para-anchor and on-board fishing equipment.

“I know the boating community knows him best as the guy who invented the para-anchor but to us fishermen he was much more. Gerrard had a lot of faith in God and he believed faith and good equipment was the key to keeping his fellow fisherman alive,” said Godson John Pennisi.

In 1958, Fiorentino opened a retail store in San Pedro. A picture from opening day shows a busy storefront. “I filled it full of things I liked…old nautical stuff, tons of equipment for boats, anything I thought someone might be interested in. My main business was designing commercial fishing equipment; the para-anchors were just a small part of it at the time. But, sometimes I’d miss the ocean so much I’d go out fishing again,” said Fiorentino in a 2012 interview.

“Gerrard would frequently see off commercial boats heading out to sea saying “God bless you and may God grant you a large catch.” said Pennisi. “Apparently, a lot of boats started catching more fish when he did this, so more and more boat captains started to ask him to bless their boats; thereby leading to his nickname 'Father' Gerrard. In 1993 the local newspapers mentioned how he had blessed the fishermen, boats and their catches for four decades. You can still run into old salty dogs up and down the West Coast who still reminisce about those big catches.”

Fiorentino's designs and inventions made major impacts in the commercial fishing industry.  “As a life-long commercial fisherman, Fiorentino has helped fishermen fish more efficiently through the development of new designs and the modification of already existing designs of purse blocks, seine winches and anchor winches,” stated a 2003 editorial published by Fisherman's News. Many other articles raved about the 56-inch Fiorentino Power Block and how the effect of the wider top increased net capacity, reduced equipment jams and made it easier to free porpoises accidentally captured.

“The power block Gerrard introduced in the seventies has saved the lives of God-knows how many dolphins. He was a man that comes along once in man’s life time -- if you’re lucky enough to meet such a guy,” said commercial engineer and retired San Diego fisherman, Santana Romero.

In 1995, Fiorentino moved into an advisory role at Fiorentino Para Anchor. To produce manufactured para-anchors that met the needs of more boats, the company moved into full-scale research, development and manufacturing mode. The result was the discovery of Fiorentino’s Para-Ring technology and Constant Rode Tension theory. These products have completely changed how boaters manage heavy weather emergencies.  “Gerrard has been the foundation on which I stand. It’s because of him that drag device technology is where it’s at today and where it’s heading. I will miss him, as will each of those on our team,” said Zack Smith who leads Fiorentino’s research and development department.

Until his stroke, Fiorentino had been very active; often hand rigging safety equipment for sailors. He delighted in showing visitors his media clips, historic photographs and equipment.

Mr. Fiorentino was interned with military honors Jan. 16th in Rancho Palos Verdes next to his wife, Kay. He is survived by a sister, Josephine, many nephews, nieces and godchildren.