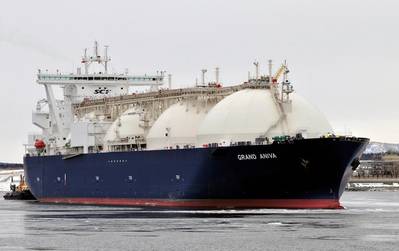 As weak demand in India forces it to stall some contracted supply, GAIL India Ltd (GAIL) is in talks with Russia's Gazprom to delay and renegotiate a 20-year gas purchase deal undercut by low spot prices, reports Reuters.

GAIL  and Gazprom had earlier signed a deal for two decades at a price linked to oil, adding to contracts to buy the fuel from GDF Suez SA and Gas Natural Fenosa this year. Accordingly, GAIL will buy 2.5 million tonnes (3.5 billion cubic metres) a year of liquefied natural gas from Russia’s monopoly gas exporter starting in 2018 and 2019.
Shipments under the deal are linked to crude oil prices which are rising while gas prices are expected to stay subdued for longer as major new production plants in Australia and the United States start up.
The price mismatch is injecting tensions into long-term LNG agreements, driving a wedge between buyers and sellers such as GAIL and Gazprom's (GAZP) Marketing & Trading, industry sources say.
GAIL is also trying to juggle a rapidly expanded LNG book after embarking on a buying spree between 2011 and 2013 when the fuel was scarce and prices kept hitting new peaks.
GAIL is seeking a meeting with Gazprom officials to discuss in greater detail delaying the deal and revising its oil-linked price, a source with knowledge of the matter said.
• liquefied natural gas • Reuters • Russia