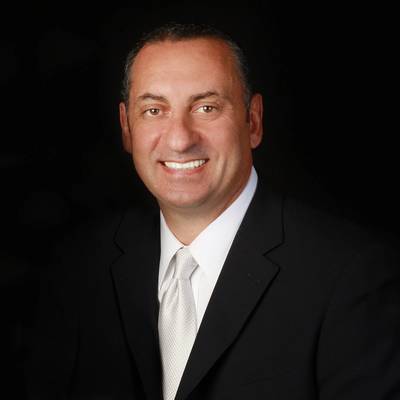 Roy Amalfitano, Vice Chairman of Evergreen Shipping Agency (America) Corp., has been chosen by the New York/New Jersey Foreign Freight Forwarders and Brokers Association, Inc. to receive the 2018 Person of the Year Award. The award will be presented during the 101stannual dinner at the Marriott Marquis Hotel in New York on February 1, 2018. Attracting nearly 700 guests every year, this event is one of the most prominent international transportation functions in the United States.

William B. Skinner III, Association President, said: "As Evergreen marks its 50th anniversary of serving world commerce in 2018, we are pleased to honor Mr. Amalfitano and the leadership he has exhibited in helping grow the company in U. S. markets."
Amalfitano joined the company in 1984. In 1989, he was promoted and transferred to the office in Minneapolis where he was the Office Head. He returned to Los Angeles in 1992 and was the head of the Import Business Department, a position he held until November 1994 when he was promoted to Deputy Junior Vice President and then in 1998 to Junior Vice President in charge of import and export department.
Amalfitano was then transferred in 2002 as Office Head in Chicago, in charge of all U.S. Midwest regional matters. He rose to Deputy Senior Vice President, Senior Vice President and finally to Executive Vice President, a position he held in September 2007, when he returned to Los Angeles, where he was in charge of all West Coast issues include office management, operations, business, customer service, sales initiatives, in Evergreen largest US market, and labor.
In January 2012, Amalfitano was transferred to the US head office in the New York area in Jersey City, N.J. as President. In 2017, named Vice Chairman, a role he holds now.
Amalfitano is a graduate of California State University, Long Beach with a Bachelors of Science Degree in Business Administration.
• California State University • California State University, Long Beach • New Jersey