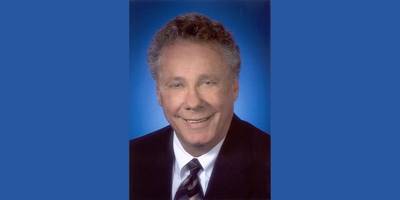 Marvin Ferguson, Commissioner for the Ports of Indiana (POI) from 1993 – 2018, has passed away. First appointed by Governor Evan Bayh in 1993, Ferguson was the longest-serving Commissioner in the Ports’ history, having served under six different Governors (Bayh, O’Bannon, Kernan, Daniels, Pence and Holcomb).

“Marvin has a great legacy with the Ports of Indiana,” said Ports of Indiana chief executive officer Vanta E. Coda, II. “I often talk of the foundation that I was handed when taking my current role. Marvin was a huge builder of that foundation. In many ways, we are what we are today because of Marvin. We say, ‘big things happen here’ and that is heavily attributed to Marvin’s support.”

During his time as a Commissioner for the Ports of Indiana, Ferguson served as Secretary/Treasurer, Vice Chairman and Chairman of the organization’s board of directors. His leadership was invaluable during the most significant transformation of Indiana’s port authority from a minor, regionally-focused agency into a major statewide economic engine and industry leader. Through his leadership, the Ports of Indiana greatly expanded the economic impact of the state’s port system to support more than 50,000 jobs and $8.2 billion in economic activity for the state each year.

Ferguson played a key role in helping to reshape the organization’s governing body into a business-focused board of directors that sets clear objectives for maximizing the Ports of Indiana’s long-term contributions to the state. His guidance was vital in developing strong continuity within the organization’s Commission and management. This has allowed the Ports of Indiana and its customers to continually benefit from a wealth of internal experience and knowledge, regardless of political affiliations and gubernatorial changes.

"It's not coincidental that Indiana governors representing both parties appointed and reappointed Marvin Ferguson to the Ports Commission where he served for 25 years,” said former Ports of Indiana CEO Rich Cooper, “They recognized Marvin's personal and professional accomplishments as a highly successful business owner in the steel industry. That experience proved invaluable to Ports staff and his Commission peers. Indiana has lost a great Hoosier who left an endearing and lasting imprint on our Ports.  He will be sorely missed, but never forgotten.”