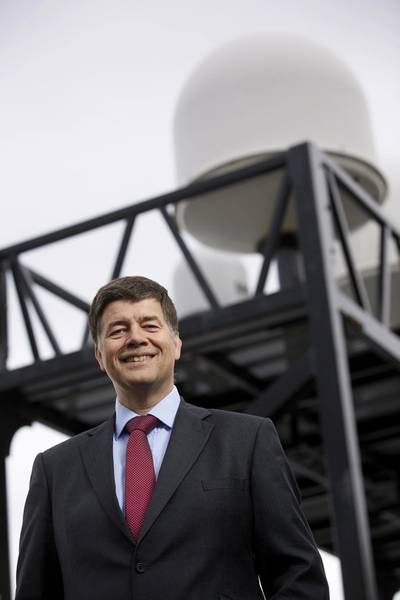 Fleet Xpress has secured commitments covering in excess of 10,000 ships within 12 months of launch. The milestone has been reached as a result of contracts with individual ship owners, commitments from strategic Partners, and transitioning agreements with existing Inmarsat customers.
“The demand for Fleet Xpress has been unprecedented since its launch at the end of March 2016, demonstrating that the market has been truly ready for the connected ship and the network supporting maritime business applications” said Ronald Spithout, President Inmarsat Maritime. “Powered by Global Xpress, the Fleet Xpress combination of high-speed broadband via Ka-band backed up by reliable L-band has set a new standard for global maritime communications, acknowledged both by end users and by our partner network.
“Crew welfare and operational efficiency are at the heart of the award-winning service, which is why shipping is coming to see high-speed and continuous connectivity plus exceptional and guaranteed performance across the world’s oceans as imperatives, rather than aspirations.”
The 10,000-vessel commitment landmark comes after a series of agreements to integrate Fleet Xpress into the portfolios of existing Partners, including Navarino, Speedcast, Marlink and Tototheo Group. Inmarsat is also transitioning more than 2,600 XpressLink installations to Fleet Xpress and will convert clients previously scheduled for connection to XpressLink by the end of 2018 to Fleet Xpress.
“The shift to Fleet Xpress is becoming decisive, consolidating Inmarsat’s position as the global maritime sector’s connectivity leader, a market ranking it has held for over 35 years,” said Spithout. “The last 12 months have demonstrated that shipping has rightly adopted a sense of entitlement to continuous connectivity, guaranteed performance, controlled costs, fully managed support and the benefits of maritime business applications.”
As a further offering within the Fleet Xpress service, Inmarsat is in the advanced stages of developing its own cyber security solution, which it plans to roll out this year. Jointly developed with Singtel and its cyber security arm Trustwave, the managed Unified Threat Management (UTM) solution will help customers to become more cyber resilient while adopting the Internet of Things and the benefits of Big Data aboard their fleet.
• broadband • cyber security solution • Inmarsat