EVAC to be Acquired by Bridgepoint 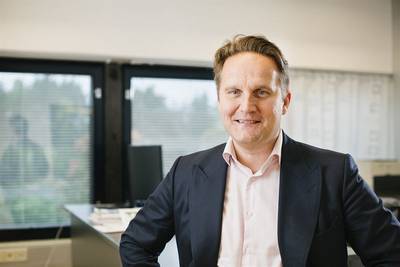 Evac is to be acquired by private equity group Bridgepoint.

Headquartered in Espoo, Finland, Evac was established in 1979 and to date has successfully completed over 20,000 marine, 2,000 offshore, and 2,000 building projects for customers around the world. The company has offices in Brazil, China, Finland, France, Germany, South Korea, Norway, Sweden, and the USA, as well as representatives in more than 40 countries.

Since 2014 Evac has been owned by the IK VII Fund. In the course of the fund’s ownership, Evac has achieved strong growth, with turnover increasing by 55% and, in 2016, exceeding €100 million for the first time in the company’s history.
The investment in Evac group is being made by Bridgepoint Europe V, a €4 billion pan-European fund that made its first investment in January 2015. The fund typically focuses on acquiring well-managed companies in attractive sectors and supports management teams by investing in expansion, operational transformation, or via consolidating acquisitions. Bridgepoint has offices in Frankfurt, Istanbul, London, Luxembourg, Madrid, New York, Paris, Shanghai, Stockholm, and Warsaw.
“We are looking forward to working with Bridgepoint as they share our ambition for long-term profitable growth and will work with us to identify new growth opportunities and expansion areas," said Evac Group CEO Tomi Gardemeister.
• Brazil • Evac Group • Finland