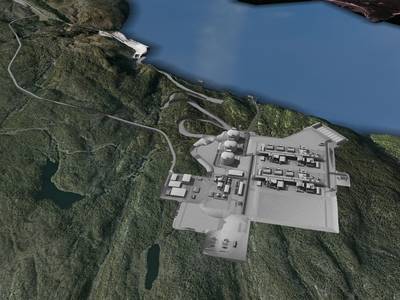 The Canadian province of Quebec on Wednesday rejected a liquefied natural gas export project for the Port of Saguenay, citing environmental concerns, in the latest blow to North American LNG development.

Quebec Environment Minister Benoit Charette said the proposed Énergie Saguenay project will not come to pass due to concerns over its emissions and would not support a transition to cleaner energy sources.

"This project has more disadvantages than advantages," Charette told reporters.

The C$9 billion ($7.2 billion) project by privately held GNL Quebec had plans to export 11 million tonnes of LNG a year from Western Canadian sources, according to the company's website.

A separate underground natural gas transmission line that would have been constructed between northeastern Ontario and Saguenay to supply the facility will also not be built, Charette said.

GNL Quebec said in a statement the group was "disappointed and surprised," and that its board of directors would evaluate the next steps.

More than a dozen North American LNG developers have pushed back decisions to start construction primarily because of a lack of long-term deals needed to finance the multibillion-dollar facilities.

Several project have been put on hold or canceled in recent months, including Annova's Brownsville in Texas, Woodside Petroleum Ltd's Kitimat in British Columbia and Pembina Pipeline Corp's Jordan Cove in Oregon.

Customers have been reluctant to sign long-term LNG purchase deals over the past year due partly to slower growth in demand for the super-cooled fuel.

Below is a 3D presentation of the proposed project released by Energie Saguenay in 2020: