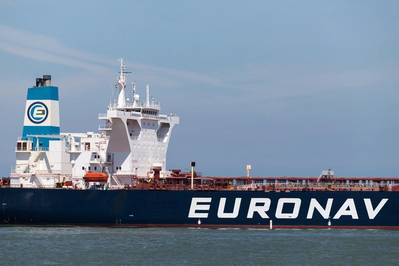 A jump in freight rates has shaved profits for oil traders seeking to store crude for sale towards the end of the year, even as the contango in the first six months for Brent futures stretched to its widest ever, trade sources said.

While a sharp rebound in spot crude differentials could lift traders' profits, a broadening slump in global demand is stretching out the time that markets will need to digest bulging inventories and spark a price recovery, traders said.

Unlike in previous contango plays -- where low oil prices eventually prompted major producers to tighten supplies, pushing prices back to levels that boosted profits for traders -- the current crisis combines excess supplies with a collapse in demand.

As a result, oil supplies have ballooned since early February, while Goldman Sachs estimated that demand is expected to fall by 26 million barrels per day -- about 25% of global demand -- just this week alone.

"This contango is very different from the last few times when demand was still sustainable," said a Singapore-based trader.

"In every corner of the world, refineries are cutting runs ... even with six months of storage, the market may not be able to clear (excess crude supplies)."

The slump in spot oil prices has stretched the six-month contango spread, currently between May and November Brent crude futures, to its widest ever at $13.95 a barrel, prompting traders to store oil for future sale at higher prices.

At least 20 Very Large Crude Carriers (VLCCs) have been booked at between $40,000 and $80,000 per day to store crude for 6-8 months, mostly by major trading companies, said Vortexa analyst Serena Huang.

However, robust demand for ships has now pushed up freight rates, reducing traders' profits from the wide contango.

Six-month charter rates for VLCCs have jumped to about $120,000 per day, or $10.80 a barrel, traders said. At that price, the June to December Brent spread at $11.28 a barrel barely covers storage costs, according to traders.

"The curve is so steep now and the floating storage cost is also very expensive so it all negates out," said a second Singapore-based trader, adding that a rebound in spot crude differentials will be key to how much profit a company can reap from storing oil.

Price differentials, determined by the quality of a particular grade of crude but also influenced by market conditions, have slumped to multi-year lows.

"If the diff (differential) rebounds from minus $5 to plus $5 or even +$1, you'll make a lot of money," the trader said. At the same time, companies with the ability to store for longer will have more chance of big profits.

"Storage extends your options and eventually this market will recover, but how long: one year, 1-1/2 years, six months? We don't know. So if your storage is extendable then you're not afraid," the trader said.

Ultimately, only companies with financial heft, such as oil majors and global traders, will be able to hold on to oil longer than expected, traders said.

"You need to have deep pockets to store and carry for long periods," said a London-based trader.