Developers Seek to Widen Rail Link to Port of Koper 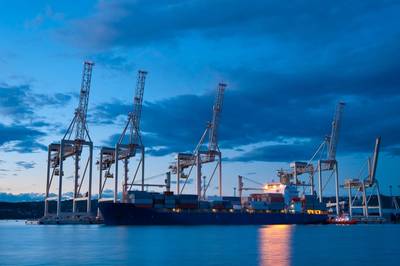 Spanish renewables and infrastructure firm Acciona has launched a joint bid for a hotly contested 1.2 billion euro ($1.33 billion) project to widen a key Slovenian railway link to its only deepwater port, a company spokesman said on Wednesday.

Acciona has teamed up with Italian counterpart Pizzarotti and Slovenian construction company Makro 5 Gradnje to put forward the proposal.

"We are still at the early stages of the bidding process, and it's a big project, which has received 29 other bids," said Alberte Gonzalez Patino, Acciona's communications director.

The project aims to build a second track on the 27-km-long (17-mile) railway linking the port of Koper to the town of Divaca, improving the port's connection to the wider European railway network and increasing freight capacity and volumes.

The government-funded infrastructure project will be one of the largest undertaken in Slovenia since an economic crisis in 2013.

"We will define which parts of the tender go to Acciona, which to Pizzarotti, and which to Makro 5 over the next three months," said Peter Smekar, commercial director for Makro 5 Gradnje. "We don't know what kind of works the project will involve yet - tunnels, galleries."

Acciona's shares were up 0.6% in early afternoon trade in Madrid, outperforming the broader Spanish market which was in the red.