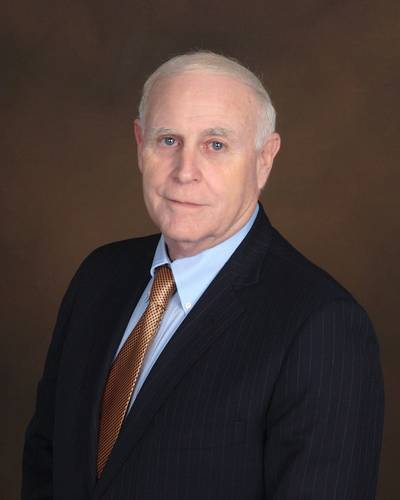 Crowley's Jay Brickman, vice president of government and Cuba services, was honored last week with induction into the Hall of Fame of the Florida Customs Brokers & Forwarders Association (FCBFA), in recognition of his strong contributions to international trade, commerce and logistics.

Brickman, who received his award at a gala FCBFA dinner, began his career with Crowley over 40 years ago and has served in various capacities, including vice president, Caribbean Division; vice president, marketing/pricing; vice president, Mexico, Colombia and Venezuela services; and general manager of Dominican Republic, Haiti and Cuba services.

During his tenure with Crowley, Brickman has helped spearhead the company’s role as one of the most diversified shipping and logistics companies in the Caribbean and Latin America, and his expertise has made him a resource for others supporting and studying trade. Brickman has co-written a book, “Cuba: It Matters,” and he frequently speaks at conferences involving Cuba because of his experience.

Currently based in Fort Lauderdale, Brickman’s experience leading shipping and logistics initiatives includes working in Managua, Nicaragua; Panama City, Panama; San Juan, Puerto Rico; Caracas, Venezuela and Mexico. Brickman initiated and directed Crowley's operations in the Eastern Caribbean, Dominican Republic, Haiti, Mexico, Colombia, Venezuela and Cuba. In the case of Cuba, he has managed Crowley’s liner service since 2001. He has lived or worked in Latin America for over 40 years.

In addition, Brickman is Crowley’s contracting officer for U.S. Transportation Command for the Department of Defense, and a member of the Voluntary Intermodal Sealift Agreement Executive Working Group. He worked with U.S.TRANSCOM to formulate and implement the private sector’s initial unified response plan to the 2010 Haiti earthquake and with the Defense Logistics Agency on the Northeast recovery after Hurricane Sandy in 2012.

He is a recipient of the Thomas Crowley Award for Outstanding Achievement, Crowley’s most prestigious award. Brickman reports to Steve Collar, senior vice president and general manager, international services.

Besides his leadership at Crowley, Brickman has been a member of the Latin American Trade Committee of the U.S. Department of Commerce. At the University of Florida, he has worked with the Center of Latin American Studies and is a Millennium participant for the Cuban program. He is a founding member of the Cuban Studies Fund and serves on the Cuban Studies Program Advisory Group of the David Rockefeller Center at Harvard University.

Studying Latin American affairs and international economics at both the undergraduate and graduate levels, Brickman received his bachelor’s degree from the University of Florida and his master’s degree from the School of Advanced International Studies of Johns Hopkins University. He also studied Spanish and Iberian studies at the Universidad de las Americas in Mexico.