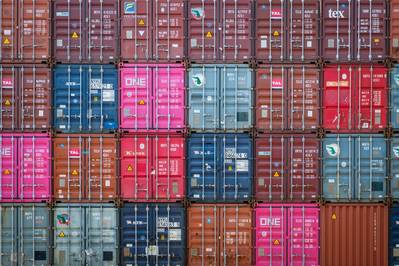 Only 10 days ago, reports indicated that China cargoes were returning to pre-coronavirus levels, and there appeared to be light at the end of the tunnel. Today, however, a barrage of new headlines has underscored the impact on the rapidly changing global supply chain, including in the United States. In addition to the aggressive spread of the novel coronavirus (COVID-19), new economic developments indicate a decreased trend in global manufacturing. Changes in local economies negatively impacting employees reflect corresponding changes in consumer buying patterns. Finally, fast-changing global political responses to address the spread of COVID-19 have compounded to impact the supply chain. Taken together, these factors make it clear that this is not solely an Asia issue. There has been and will continue to be substantial impact on the international supply chain. Informed and calculated preparation will be required by international trade participants, notwithstanding the apparent reawakening of China’s manufacturing industry.

Confirming this switch in focus, recent reports from China indicate the fewest new COVID-19 cases since the crisis began. The World Health Organization (WHO) declared that the epicenter of the pandemic has now shifted to Europe. However, despite the shift in intensity of the pandemic in Asia, the effects are still quite present. An immediate negative impact directly related to the previous manufacturing lag in China and international trade was highlighted in a Washington Post report on March 14 stating that 145 truck drivers were laid off due to the decline in vessels calling at the Port of Los Angeles. Another lingering effect from the recent impact of COVID-19 on China’s industry and economy are “blank sailings” (or void sailings) where scheduled voyages have been canceled or suspended, which will continue. This will cause further port disruptions in coming weeks as the deficit of empty containers available for U.S. exports grows. In other words, significant numbers of suspended voyages have created a situation where containers that would normally have come in to the U.S. with loads, been unloaded and ready for exports from the U.S., have instead accumulated in Asia as they wait to be filled. It's believed these shortages will intensify over the coming weeks. Members of the New York/New Jersey Foreign Freight Forwarders & Brokers Association confirmed that a shortage did not currently exist in the Port of New York region. In a statement to the, Bob Connor, Executive Vice President – Global Transportation for Mallory Alexander, agreed adding, “From our perspective, at this time, the problem . . . is for real, but for now is almost exclusively an LA/LB problem caused by their decision to reduce hours at terminals in anticipation of fewer vessel calls having low utilization factors associated with COVID-19. Bottom line: while there were fewer vessels caused by the voided sailings, production rebounded in China a little quicker than expected and vessels actually had decent container volumes.”

As COVID-19 spreads throughout the U.S. and Europe, several disruptions to international ocean transport that will likely have significant effects on the global international trade and supply chain are anticipated:

1. Quantifying the initial slowdown in ocean shipping
Trade press reports indicated that shipping metrics were showing a turnaround on ocean exports from China after ocean carriers had initiated about 111 blank sailings or the equivalent of 1.9 million TEUs (20-foot equivalent units), which would normally have been shipped, but were not. The obvious reasons noted dealt mainly with the impact on factory output due to Chinese factory employees either being ill or quarantined. In any case, these appear to be initial numbers from which to start tabulating since we are now experiencing other direct and indirect disruptive scenarios to the marketplace and corresponding supply chain components. While ocean carriers are still experiencing a diminution of sailings, this phenomenon is stabilizing. In light of the spread of COVID-19 to the rest of the world, we anticipate a cascading effect of disruptive factors in the marketplace.

2. Ocean shipping contracts
Shipping contracts in Asia and U.S. markets are annual affairs that culminate in March/April of each year. We are now seeing major disruptions of this year’s process for all the obvious reasons. Additionally, the Journal of Commerce announced it was canceling its Trans-Pacific Merchants 2020 (TPM20) conference “in light of growing concerns around COVID-19.” The convention was expected to attract more than 2,200 people from the Pacific Rim and other regions across the globe. This event, in place for 20 years, historically kicks off negotiations for ocean shipping contracts for the coming season. Whether shipping is on the rebound, or (more likely) even if ocean shipping is expecting further troubles, negotiations for the oncoming season will undoubtedly be delayed significantly. This will, in and of itself, cause major delays in establishing a new normal for global transportation, not only in pricing, but also on service levels.

3. Change in traditional negotiating assumptions
In the prior shipping season (now in its final stages) where shippers had a healthy demand for ocean freight, the types of problems addressed included whether shippers could be assured space on a per vessel/voyage basis. Ocean carriers, in the context of cargo demand exceeding cargo space, assured space commitments on a per vessel/voyage basis by including mutual penalty assessments – to the shipper for failing to meet the per vessel TEU requirement, or to the carrier for failing to secure the available space. Now the contracting dynamic is very different, with lower volumes of cargo expected to be generated due to changing consumer spending practices in the middle of a global pandemic, and the trend by ocean carriers to remove vessels from trade lanes. This also raises questions as to whether blank sailings and unpredictability on a vessel-by-vessel basis will continue, or if there will just be a reduction in available vessel tonnage globally. These definitely provide a changing negotiation dynamic.

Either way, factors at the negotiating table are quite different now from what they have been for some time. These types of issues would typically be addressed at TPM20, but now will have to be hammered out on a per customer basis. With growing uncertainty surrounding the volume of cargo available, but with a definite downward traffic trend, it will be difficult for international businesses to establish pricing or service levels with any precision and all parties will be hesitant to accede to penalties for guaranteed pricing, space or service commitments. From the shipper perspective, we anticipate large shippers will be able to contract early (by April), but will insist on longer-termed fixed pricing and service commitments, while other mid-sized and smaller shippers will be more at the mercy of the specific moment (in May or June) as to what terms they get, and whether these rates and service levels will be more illusory than real. In short, there are concerns for international shippers over whether negotiated rates will stick in this volatile environment which currently indicates an upward trend as vessel space is reduced. Ocean carriers will have a tendency to contract with flexibility to modify rates while shippers look for a way to fix their transport costs.

4. Purchasing Manager Indices
The Illinois Manufacturers’ Association (IMA) released Purchasing Manager Indices (PMI) data on March 12, underscoring worldwide manufacturing contraction, which does not bode well for the vessel space demand side of the supply chain, and which will unfavorably impact purchasers of ocean and other transport pricing accordingly as ocean carriers will, as previously noted, diminish available cargo tonnage. In February 2020, manufacturing notched its steepest decline since May of 2009, according to the JP Morgan Global PMI. The report further indicates that the March measure is likely to be as poor, if not worse, than the February numbers as COVID-19 expands its hold on economies through a worldwide pandemic.

Similarly, the Caixin China General Manufacturing report showed continued decline in production, new work and staffing at levels never before seen in the 16-year history of the index. Furthermore, the Institute for Supply Management report for February 2020 showed U.S. gross domestic product (GDP) still growing at 2.1%, but that new orders, imports and employment were already contracting. The overall index by the PMI managers was at 50.1 percent, just barely above the levels indicating overall sector contraction. At the time of the report, COVID-19 had not yet found a foothold in the continental United States. It is anticipated that the March report will reveal far more pessimism than the current view.

5. The longer-term impact on the U.S. supply chain
The impact to the supply chain from the spread of COVID-19 in the U.S. is no longer a sole function of the Chinese experience, but rather the cumulative impact of COVID-19 in the U.S., not only from predicted contraction of the disease, but also the collective efforts being taken by social distancing to avoid contagion which will have an immediate (if not longer-term) impact on the purchasing patterns of U.S. consumers. Social distancing is already creating a serious impact on many important segments of the U.S. economy.

6. Impacts of COVID-19 on supply chain providers
As the supply side of manufacturing improves, U.S. importers and exporters still need to bear in mind the cascading effects of COVID-19 on supply chain providers at U.S. ports (stevedores), motor carriers (drivers), rail intermodal ramp hubs (rail employees), ocean carrier crew members that interface at the various U.S. ports with U.S. workers, and others. At a recent meeting of international logistics providers in Las Vegas, major logistics companies from China shared detailed regional statistics that suggest some areas of China with little to no exposure to COVID-19 and others with visibly substantial levels of the virus. Such observations will develop in the U.S. and may dictate supply chain patterns in an attempt to avoid high levels of COVID-19saturation. This is something to watch as this chapter develops.

7. Service contracts
Buy-side provisions: Ocean carriers in the recent past, to cover per vessel/voyage space considerations, have implemented vessel/voyage quantity terms – certain quantities of TEUs per vessel with corresponding requirements, and penalties for failed bookings. While annual Minimum Quantity Commitments (MQCs) are also a factor, these historically have usually been negotiated (amended) to “quantities shipped” before the end of the contract period in order to meet Federal Maritime Commission (FMC) requirements. Per vessel/sailing provisions will require special attention by both ocean carriers and shippers, including NVOCCs, acting as shippers. In this fluid environment there should be well understood provisions among the parties acknowledging that requirements may need to be adjusted depending on the severity of COVID-19 in particular U.S. regions and globally.

Service contracts: Specific contact persons on both sides of the service contract should be noted to discuss changes in the shipping environment warranting amendment of contract provisions due to impacts of COVID-19. Reasonable standards should be included in service contract language to trigger and resolve such issues created directly or indirectly by COVID-19 and by corresponding lessened demand.

8. Demurrage, detention and per diem
Merchant charges: Stakeholders should agree that demurrage, detention and/or per diem charges which accrue due to equipment shortages, supply chain employee issues, or any other factor which arises directly or indirectly as a result of COVID-19 circumstances shall be deemed unreasonable pursuant to federal shipping law (46 USC § 41102 (c)) and shall not be charged against the merchant as that term is defined in ocean carriers’ bill of lading terms. For example, if a clear paucity of motor carrier drivers exists in particular regions, detention charges should not be charged.

Mediation: Stakeholders should agree that any demurrage, detention and/or per diem charges which accrue allegedly due to equipment shortages, supply chain employee issues, or any other factor which arises directly or indirectly as a result of COVID-19 circumstances shall, if not settled by the parties, be referred to mediation to the Office of Consumer Affairs and Dispute Resolution Services to assist in the determination of whether such charges are unreasonable pursuant to federal shipping law (46 USC § 41102 (c)) and shall not be charged against the merchant as that term is defined in ocean carriers’ bill of lading terms.