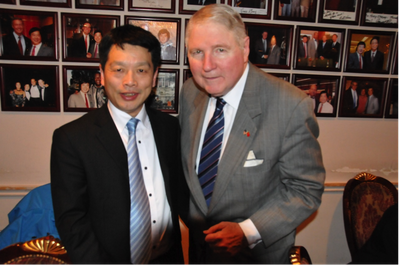 The delegation was in Washington to attend the 94th Annual Transportation Research Board Meeting where they led a panel on China’s World Trade Perspective. Following the presentation, they had the opportunity to meet with the Commissioners, and staff, to review significant maritime developments from the past year. Both groups discussed potential maritime trade developments for 2015, particularly as the operations of the four major ocean container shipping Alliances get under way. In recent years, the Shanghai Shipping Exchange has worked closely with the FMC in many areas.

"The meeting was an excellent opportunity to discuss harmonizing maritime regulatory policy in the interest of both nations. It is in the interest of America's international waterborne commerce that both countries maintain open channels of communication and cooperation," said Commissioner Lidinsky. Commissioner Doyle told the visitors of his anticipated trip later this year to Suzhou China for the annual U.S. – China Bilateral Maritime Consultations, and expressed interest in meeting with them in Shanghai at that time.