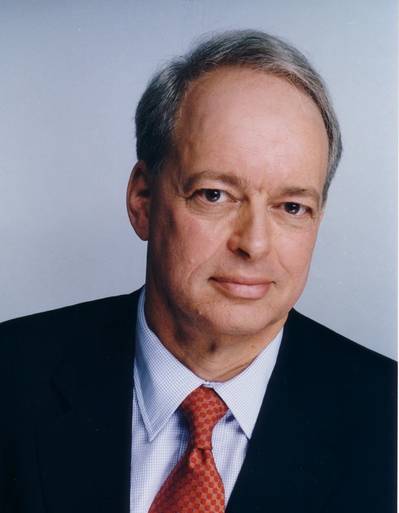 Clay Maitland has served on the Foundation’s Board for 16 years.

Robert J. Flynn Elected Chairman of the Board. ADM Thad Allen and Clay Maitland among an impressive slate of of 11 others.

The Coast Guard Foundation, a non-profit organization committed to the education, welfare and morale of all Coast Guard members and their families, announced today that in accordance with its bylaws, a new slate of officers has been elected to serve on the Board of Trustees, beginning January 1, 2012. Robert J. Flynn was elected Chairman of the Board at the organization’s annual meeting in the fall. Joining Mr. Flynn as officers are Al J. Bernard, vice chairman; William E. Jenkins, treasurer; and Richard J. Grahn, secretary. These officers will serve on the Executive Committee with fellow directors ADM Thad W. Allen, USCG (Ret.); Anne B. Brengle, James Coleman, Jr., Cheryl “Cherrie” D. Felder, R. Christian Johnsen, Corrine Kosar, Stein Kruse, Clay Maitland and Ross E. Roeder.

Chairman Robert J. (Bob) Flynn holds a Bachelor of Science degree from the U.S. Coast Guard Academy, class of 1974, after which he served as a Commissioned Officer with the U.S. Coast Guard from 1974 to1979. He is President of commercial shipbroker MJLF & Associates, a member of the American Bureau of Shipping and the Society of Maritime Arbitrators, New York. Mr. Flynn has served on the Coast Guard Foundation board since 2002.

“I am honored and proud to serve the Foundation as its Chairman and as a member of the board for the last ten years,” said Mr. Flynn. “When I was a Coast Guard Cadet, I remember one of the Foundation’s earliest gifts – mini vans used to ferry cadets around New London, to the Shipmate Lodge and to sports venues. Underclassmen did not have cars and we were grateful to the Foundation for this liberty enhancement. And now, as a board member and chair, I have had the opportunity to enrich the lives of the Coast Guard members and their families through our efforts at the Coast Guard Foundation. I look forward to working with my fellow board members, and the Coast Guard, to continue growing our support for the men and women who serve.”

Vice Chairman Al J. Bernard joined the board in 2004. He is a Senior Vice President of Washington operations at Manitowoc Company. Mr. Bernard spent more than 28 years in the armed forces, serving in both the United States Marine Corps, where he earned a Bronze Star with combat “V” for valor and a Purple Heart in Vietnam, and the Coast Guard where he retired at the rank of Commander. He holds a bachelor’s degree from Fordham University and a master’s degree from the Naval War College.

William E. Jenkins, Treasurer, joined the Foundation’s board in 2009. Mr. Jenkins is President of SeaRiver Maritime, Inc., an ExxonMobil affiliate in Houston. He is Chairman of the Board of International Marine Transportation Limited an ExxonMobil affiliate in Great Britain and the ExxonMobil Global Marine Center. Mr. Jenkins holds master’s degrees in finance and safety management from the University of Arizona and a bachelor’s degree from Northern Arizona University. He is a professional member of the American Society of Safety Engineers and a member of the Society of Petroleum Engineers.

Richard J. Grahn has held the position of Secretary on the Board of Trustees since 2007. He is a Managing Partner at the Massachusetts law firm, Looney & Grossman. His practice involves litigation primarily related to governmental enforcement actions and related claims in both civil and criminal proceedings. He also is admitted to practice in the United States Supreme Court, the United States Court of Appeals for the First Circuit, and the United States District Court for the District of Massachusetts.

Anne B. Brengle became President of the Coast Guard Foundation in January 2008, bringing more than 30 years of non-profit management experience to the organization. She has led the Foundation team through many new initiatives to strengthen its support for the men and women of the United States Coast Guard. Going forward, Mrs. Brengle will continue to build strong partnerships and collaborations to increase the visibility of the Foundation and raise awareness and important funds for the programs that benefit Coast Guard members and their families.

James Coleman, Jr. has served on the Coast Guard Foundation board since 1997. As Chairman of the National Coast Guard Museum Association, he has worked to bring this national museum to a reality. He is Chairman of International Matex Tank Terminals in New Orleans, Louisiana.

Cheryl "Cherrie" D. Felder was elected to the Board in 2010. A resident of New Orleans, Louisiana, Ms. Felder is Vice President of Legislative and Governmental Affairs for Channel Shipyard Companies in Channelview, TX and for Turn Services in New Orleans. She is Chairman of the Lower Mississippi River Waterway Safety Advisory Committee and President of the Gulf Intracoastal Canal Association. Ms. Felder serves on the Executive Committee of Waterways Council, Inc. and on the Boards of Directors of the National Waterways Foundation, the American Waterways Operators and the Louisiana Association of Waterway Operators and Shipyards. Ms. Felder has received two Coast Guard Meritorious Public Service Awards and was recognized by the Greater New Orleans Barge Fleeting Association as the 1996 Maritime Person of the Year. She is a graduate of Vanderbilt University.

Corrine Kosar joined the Board in 2003 and has served as the Dinner Committee Chairperson for the Foundation’s successful Tribute to the Coast Guard in Our Nation's Capital since 2005. She is a Senior Vice President at Booz Allen Hamilton.

Stein Kruse joined the Board in 2002. He is President and Chief Executive Officer of Holland America Line Inc. and Chairman of Seabourn, both units of Carnival Corporation & plc. Mr. Kruse currently serves on the boards of the Cruise Lines International Association, World Trade Center Seattle, Saltchuk Resources Inc., University of Washington Foster School of Business Advisory Board and the City of Rotterdam International Advisory Board. A native of Oslo, Norway, Mr. Kruse holds a Bachelor of Science degree from Purdue University and is a graduate of Harvard Business School's Advanced Management Program.

Clay Maitland has served on the Foundation’s Board for 16 years. Mr. Maitland is known throughout the maritime industry as an advocate for quality shipping through his work as Founding Chairman of the North American Marine Environment Protection Association (NAMEPA) and Chairman of the Industry Advisory Council for the North American Maritime Ministry Association, among other distinctions. Mr. Maitland is Managing Partner of International Registries, Inc., which administers the Marshall Islands ship registry. In 2010, Clay received the Coast Guard Distinguished Public Service Award.

Ross E. Roeder is the immediate past Chairman of the Board of Trustees of the Coast Guard Foundation, having served in that role since 2005. As a recipient of the Coast Guard's Distinguished Public Service Award in 2009, he was recognized for his work to raise the national visibility of the Foundation's mission and establish strategic partnerships to ensure a collaborative approach for future support of the Coast Guard.

“The Foundation is honored to have Bob Flynn as our chairman and a committed group of distinguished individuals serving on our board,” said Mrs. Brengle. “Their leadership and commitment is greatly appreciated and will help us continue to grow as we serve the Coast Guard into the future.”

For over 40 years, the Coast Guard Foundation has been committed to inspire leadership, learning and a proud legacy of service to our nation by supporting the men of women of the United States Coast Guard and their families. Education is a key objective to fulfilling this mission; the Foundation’s scholarship program has provided hundreds of higher education grants to enlisted personnel, reservist and their children. To support families who make the ultimate sacrifice, a Fallen Heroes Scholarship Fund was established to offer higher education financial support for families of Coast Guard members lost in the line of duty. In addition, the organization offers financial relief to Coast Guard families who have lost possessions in natural disasters and provides support for numerous morale and wellness boosting endeavors including funding recreation, exercise and family-oriented facilities.
For more information on the Coast Guard Foundation or to help support its work, please visit www.coastguardfoundation.org.