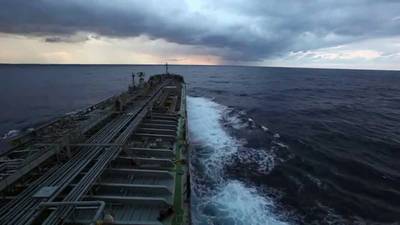 China Merchants Group has made an informal bid for London’s Baltic Exchange, says a report in Reuters.

The State-run conglomerate has made an informal offer through a subsidiary, China Merchants Securities.
An acquisition of the Baltic, which was founded in 1744, would give the Chinese conglomerate ownership of the industry's benchmark indices - which could be further commercialized - and greater access to the multi-billion dollar freight derivatives market.
It emerged in February that the Baltic Exchange, a financial maritime hub located in the heart of the City of London, was being eyed by several companies, including the Singapore Exchange, CME Group, Intercontinental Exchange (ICE), and Platts.
One source told Reuters: "They are the latest (suitor) and certainly, with such a massive group, it shows how this is heating up.”
Japanese investment bank Nomura is advising the Baltic Exchange on a potential sale. The Baltic Exchange, which was bombed by the IRA in 1992 and is now based next to the Gherkin skyscraper, is headed up by chief executive Jeremy Penn.
The Baltic is owned by around 380 shareholders, many from the shipping industry. It produces daily benchmark rates and indices that are used across the world to trade and settle freight contracts.
• Singapore Exchange • Intercontinental Exchange • CME Group