As car carrier shipping is expected to continue its slow recovery, backed by better utilization and minimal vessel ordering, costs are increasing while the trade outlook seems vulnerable to emerging geopolitical risk. Slow car carrier recovery is expected to lead to more distressed vessel sales as shipping lines focus on landside investments in search of profitability, according to the  global shipping consultancy Drewry.Seaborne trade in finished vehicles, including high & heavy and used autos…

NYK has become the first Japanese shipping company to realize a carbon-neutral voyage by offsetting 5,000 tons of carbon dioxide (CO2), equivalent to the CO2 emitted by NYK’s environmental flagship car carrier Aries Leader during one voyage between Japan and the Middle East.Aries Leader is equipped with the latest energy-saving technologies, reducing CO2 emissions per unit by 30% compared with existing large pure car carriers (i.e., comparing emissions on a per car basis). In this initiative…

Japanese shipping major Mitsui O.S.K. Lines (MOL) celebrated a major milestone-25 years since the launch of MOL business operations in Indonesia.The carriers of containerized and other cargo said in a press note that it has hosted a party in Jakarta for about 200 attendees, including customers to celebrate 25th anniversary. Among those on hand for the party were Japanese Ambassador to Indonesia Masafumi Ishii, and representatives of MOL's business partners.MOL President & CEO Ikeda addressed the gathering…

Japanese logistics major Mitsui O.S.K. Lines (MOL) announced that it marked the Marine Day holiday on Monday, July 15, by hosting a tour of the car carrier Emerald Ace at Harumi Pier, in cooperation with the Japanese Shipowners' Association (JSA), as a part of "The Umi-to-Nippon (The Ocean and Japan) Project".MOL welcomed about 600 elementary and junior high school students and their family members, which was twice as much as the event last year, who were selected in an online application process.The guests boarded the huge vessel-measuring about 200m long…

Toyota Maru No.10, which was owned and operated by Kawasaki Kisen Kaisha, Ltd. (“K” LINE), has been selected by the Japan Society of Naval Architects and Ocean Engineers (JASNAOE) through their “Ship Heritage” project in recognition of it having been Japan's first Pure Car Carrier (PCC).JASNAOE first introduced the “Ship Heritage” project in 2017 with the goal of honoring and giving recognition to vessels and vessel-related items that have historical, academic and/or technical value…

NYK Group Aims to Stay Ahead 2022 with Digitalization and Green

NYK president Tadaaki Naito in his New Year’s speech required the employees to execute the medium-term management plan “Staying Ahead 2022 with Digitalization and Green” announced in March of last year.He chartered out  the three basic strategies in the medium-term management plan.Under the first step of “Optimizing the business portfolio,” the fundamental revision of the dry bulk business and success of the integrated container shipping line ONE have been set forth as the two key elements.In the dry bulk business…

Car carrier shipping is expected to continue its recovery from the trough of 2016, supported by improving utilization.But increasing localisation and the threat of trade wars will slow finished vehicle cargo growth, while carrier operational efficiency will be challenged by the emergence of new trades and ports of call, according to the Finished Vehicle Shipping Annual Review and Forecast 2018/19 report published by global shipping consultancy Drewry.Seaborne trade in finished vehicles has recovered strongly from a low in 2016, recording growth of approaching 6% in 2017 to 37.5 million ceu. 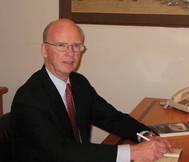 Shanghai NYK-ANJI Logistics - a joint venture operated by Nippon Yusen Kabushiki Kaisha (NYK), Yusen Logistics and ANJI Automotive Logistics (ANJI) - has begun service under a new name.NYK and Yusen Logistics will use this collaboration to begin efforts to expand their supply chain logistics, particularly in the areas of auto parts logistics and finished car logistics.Until recently, the company had been known as NYKANJI Car Transportation Co. Ltd., a joint venture founded in 2004 by ANJI (51%) and NYK (49%).Over the past decade, NYKANJI Car Transportation Co. Ltd.

With the industry hoping for better “grades” after the “effort” of recent years, this week’s Analysis updates our half year shipping report showing a ClarkSea Index up 9% y-o-y but still below trend since the financial crisis (see Graph of the Week). After comments of “must do better” and “showing potential” in recent years, do the statistics suggest “extra classes” will again be needed over the summer holidays?Progress But No Time To Relax!Our ClarkSea Index (comprising tankers…

Long Beach based stevedoring company APS Stevedoring LLC announced the appointment of Nick Mori as its manager of sales and marketing.Reporting to President John Hering, Mori will be focused on customer service, rate negotiations, promoting the company, and acquiring new business for APS Stevedoring.Mori began his maritime career in 1989 with Mitsui OSK Line, holding positions in pricing and marketing. He transferred to Hyundai Merchant Marine’s pricing department in 1994 in order to remain in Southern California.

EU antitrust regulators are set to fine Nippon Yusen KK (NYK) and several other Japanese shippers as well as Norwegian Wallenius Wilhelmsen Logistics ASA (WWL) in the coming weeks for rigging bids for shipping cars, according to people with knowledge of the matter. The EU sanctions follow a near six-year investigation which started with dawn raids by the European Commission in September 2012 in coordination with Japanese and U.S. antitrust authorities. Competition regulators around…

Nippon Yusen Kabushiki Kaisha (NYK) said that it has discovered that there is a possibility that former locally hired management personnel in NYK Car Carrier (China), its consolidated subsidiary located in Shanghai. The China unit is engaged in finished car logistics business in China, had committed unlawful expenditure or embezzlement. The Company established an investigation committee (the Committee ) to investigat the aforementioned matter on February 5, 2018 (with Tadaaki Naito President Representative Director and President Corporate Officer as the Chairman of the Committee…

The European Commission (EC) said Wednesday that it had fined four maritime car carriers 395 million euros (U.S. $486.5 million). Four shipping companies – CSAV, K Line, NYK and WWL-Eukor – have been fined by the EC for collusion in operating a cartel on the car carrier trades, in breach of EU antitrust rules. All companies acknowledged their involvement in the cartels and agreed to settle the cases. Commissioner Margrethe Vestager, in charge of competition policy said:"The Commission…

The DG Competition of European Commission (EC) announced that several companies including MOL breached European competition law with respect to car carrier services. Mitsui O.S.K. Lines  (MOL) and other shipping companies have been investigated by the EC due to the suspicion of competition law violation. MOL has fully cooperated with the EC during the investigation. Though the EC announced that they found the violation of European competition law and imposed fines, MOL and its subsidiary companies were exempted from all penalty including the fine because EC granted MOL an immunity.

Mitsui O.S.K. Lines, Ltd. introduced an upgraded stowage planning system for car carriers called “MOL-CAPS”. The MOL-CAPS system generates a voyage-by-voyage stowage plan that determines where to stow specific vehicles in consideration of different factors, such as the onboard structure, the type of vehicles being transported, and calling ports. The company introduced MOL-CAPS in 1999, and will adopt this new version for the next-generation car carriers, the FLEXIE series, which will be delivered starting in March 2018.