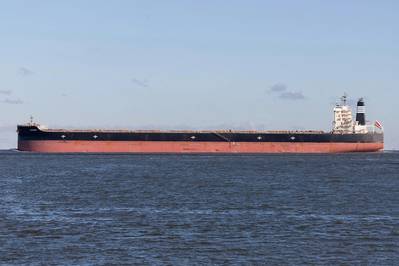 The Baltic Exchange's main sea freight index dipped to its lowest since mid-February on Monday as rates for the larger capesize segment fell for the eighth straight session.

Average daily earnings for capesizes, which typically transport 150,000-tonne cargoes such as iron ore and coal, dropped $255 to $11,679

Chinese coking coal futures slumped more than 6% on Monday to their lowest in three months as stable output and imports eased supply worries, while demand for the ingredient appeared promising on strong steel production.

The supramax index edged up one point to 1,879, its highest level, as per Refinitiv Eikon records going back to April 2017.