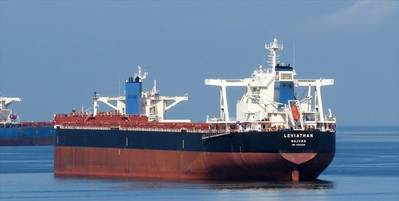 The Baltic Exchange's main sea freight index rose on Thursday on stronger vessel rates, with capesizes at a near three-month peak.

The overall index, which factors in rates for capesize, panamax, supramax and handysize shipping vessels, rose by 58 points, or 1.7%, to 3,376, its highest since June 30.

Chinese iron ore futures ended down almost 5% at a near four-month low on Thursday, as domestic consumption remained sluggish due to steel production controls. Other steelmaking ingredients on the Dalian bourse were higher.

(Reporting by Seher Dareen in Bengaluru; Editing by Aditya Soni)