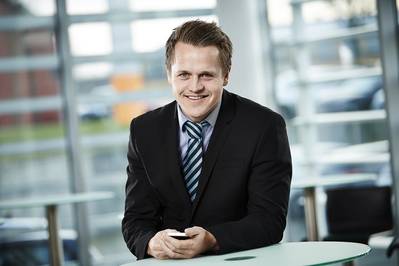 A/S Dan-Bunkering Ltd. has announced  that Morten Rosenberg Nielsen has been employed as Group Credit Analyst effective from 1st December 2014.

Morten who holds a Master Degree in finance comes from a similar position, where he was responsible for credit activities predominantly within Europe. Prior to this, Morten has served in the Danish Army as a Reserve Officer and more recently worked for one of the largest shipping companies in the world.

Group Credit Manager Henrik Ladekjær is delighted about the strengthening of his credit team which has been under considerable strain following the rapid growth of the company and a turbulent marketplace over the past years. He feels very fortunate that the ideal candidate with in-depth knowledge and experience presented himself.

Morten will be working out of the Company’s office in Copenhagen but will be servicing all offices within the group.