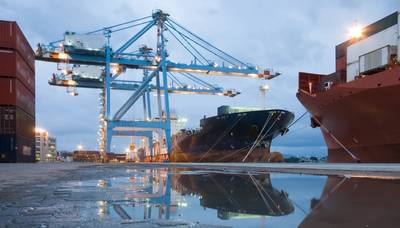 Brazil's policy of setting minimum freight rates is reducing the volume of cargo at Brazilian ports as farmers and agricultural exporters have difficulty arranging transportation at higher cost, according to the head of a Brazilian ports association.

The country instituted minimum rates for freight above the previous market rate as part of a deal to end a truckers' strike over high diesel prices in May. The strike paralyzed the country's roadways, preventing agriculture exports from reaching port and products from reaching store shelves.

The policy has already depressed port cargos in July and August, José Di Bella Filho, the chief executive of the Brazilian Association of Port Terminals (ABTP), told Reuters on Thursday.

On Wednesday, transit authority ANTT increased the minimum rates by a further 5 percent.

The higher cost weighs on farmers and exporters with already low profit margins, in many cases making it "non-viable" to haul farm products to port, Di Bella said.

"The exporter loses competitiveness and the conditions to do business. He stops buying the product in the field and he doesn't meet the commitments at the destination, and this leaves the Brazilian port without cargo," Di Bella said.

As companies seek alternatives to road freight following the truckers' strike, the amount of shipping by water from port to port within Brazil has shot up, he said.

But this volume remains low in absolute terms as port-to-port shipping is legally restricted to a relatively small pool of Brazil-linked companies that have ships flying the country's flag, he said.

Di Bella sees the minimum freight rates and restrictions on port-to-port shipping as apart of a long list of government intervention in the sector that should to be eliminated to attract more investment and expand Brazil's port capacity.

ABTP has met with campaign representatives of five of the leading candidates running in the Oct. 7 presidential election to lobby for deregulation and less bureaucracy.

A round of investment in grain shipping capacity at ports around Brazil is just ending and the country needs to start a new wave of investment to meet its needs in five to 10 years as harvests grow and demand continues rising, Di Bella said.

For example, grain production in the Matopiba agricultural frontier region - the states of Maranhão, Tocantins, Piauí and Bahia - is growing and requires better equipment and more berths at ports such as Itaqui and Ilhéus, he said.