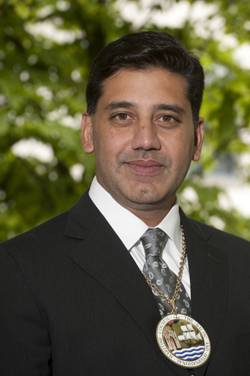 BIMCO has today published its Reflections 2012, which examines critical issues facing the shipping industry now and in the coming year.

This concise but thought-provoking annual analysis of the world in which shipping operates considers the challenges facing one of the world’s most essential industries and its principal sectors. It emphasises the need for regulation to be maintained on a global basis, and calls for practical and pragmatic moves on environmental rules On the important human element, it notes the need for fair treatment of seafarers, and when considering the menace of piracy, calls for a new a strategic political approach by governments.

Reflections 2011 begins with a call for “daring and decisive political leadership”, especially as it confronts the challenges within the EU and US, with their considerable influence on maritime trade. It points also to the need to stimulate domestic demand in Asian nations, despite their own regional difficulties. It forecasts a 4% GDP growth worldwide – similar to that of 2011- but warns about the significant oversupply in shipping tonnage in all three main sectors, with no short term comfort discernable, recommending the traditional remedies of idling and recycling to control this tonnage glut.

While there might be prospects for growth in the product tanker sector, and general help from slow steaming, the container sector can look forward to a markedly challenging year with another 50% increase in the number of very large containerships entering service.  Nevertheless, owners are urged to learn from past lessons of “expecting the unexpected” with India, perhaps starting to fulfil its import potential during the coming year.

On regulations Reflections 2012 reiterates BIMCO’s demand for a global perspective to prevail, with international ratification of important conventions and a rejection of regional alternatives. There is, moreover, a need for shipowners and shipbuilders to more fully realise their interdependence and to work more closely together on a whole range of issues common to the two industries.

A section on Shipping and the Environment focuses on the further development of the Energy Efficiency Design Index for new ships built after Jan 1 2013, this being seen by BIMCO as a significant key to international progress on atmospheric emissions. The organisation once again expresses its scepticism on regional initiatives which would tend to cloud the issues and provide impossible complexities for internationally trading ships. It also hopes to see movement on the important Ballast Management and Recycling Conventions in the coming year.

The fair treatment of seafarers, especially those who might become enmeshed in the aftermath of environmental incident, is seen as an important part of the organisation’s human element agenda, when viewed against a trend that clearly identifies the continuing injustices of a presumption of guilt in such cases. BIMCO also highlights the growing demand for a better trained and educated industry workforce, which has encouraged the organisation into becoming, with its eLearning Diploma Programme, a major educational hub for the industry.

Political will on piracy

On the continuing issue of piracy, Reflections 2012 offers strong views on the lack of political will to confront the realities of this plague and to recognise the harm being done to international trade. Public opinion also needs to be galvanised over the many outrages which face shipping operating in pirate infested areas. While providing practical assistance with the development of standard contracts for armed guards on ships BIMCO calls for a new strategic approach to combating piracy, noting that the industry continues to bear the brunt of international failure on the political front. The New Year will see BIMCO addressing political leaders directly, calling for a new approach and emphasising the significant threat to world trade represented by piracy on such a scale.

There may be serious challenges facing shipping in the coming year but Reflections 2012 notes that the good news is that “the world is still turning and trade is growing”. In his introduction to Reflections 2012 BIMCO President Mr Yudhishthir Khatau suggests that even in difficult times “there will continue to be new opportunities and many will be tempted and some rewarded for exploring them”. He forecasts consolidation in the industry, pointing out the realities of operating in a business dominated by cashflow. The President however suggests that “shipping will prevail and find calmer waters, as has always been the case”.  It is the date and time of this recovery which remains in doubt!

Reflection 2012 is accessible via the following link: https://www.bimco.org/en/About/Press/Reflections.aspx