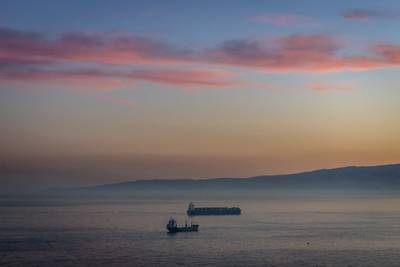 Container lines have resumed calls to Beirut after last week's explosion, with the terminal having sustained only minor damage, leading companies said on Tuesday.

The August 4 blast in Beirut's port, which killed more than 160 people and injured 6,000 more, demolished entire neighborhoods of Lebanon's capital in seconds.

"We are glad to advise that the container terminal suffered only minor damage and it has restarted operations,” German container line Hapag Lloyd said in a note to customers on Tuesday, adding that its first ship to call at Beirut since the disaster is due to dock on August 14.

"Alongside our service reinstatement, we are also reopening booking acceptance for cargo to and from Beirut," the company said, adding that it was still evaluating the extent of damage to its containers that were in the port at the time of the blast.

Hapag Lloyd's office in Beirut had been completely destroyed but staff were unharmed.

Lebanon, which imports almost everything it uses, relies on container ships to bring in items ranging from refrigerated food cargoes to clothing and other consumer goods.

Beirut's container port has an annual average capacity of just over 1 million TEUs (20 foot equivalent units), compared with Tripoli's 400,000 TEUs, which could be enlarged to 600,000 TEUs and a maximum of 750,000 TEUs if more cranes are installed, shipping data shows.

French container line CMA CGM said separately on Tuesday it was fully operational again in Beirut, adding that its first container vessel had discharged in the port on Monday.

"The operation was very smooth. The container vessels commercial operations are resuming normally since the 10th of August at Beirut port," CMA said in a statement.

"Ships were temporarily diverted to Tripoli where a logistics hub has been established, as well as to other ports in the region."

CMA said last week that one of its Beirut staff who had been missing after the explosion had died.