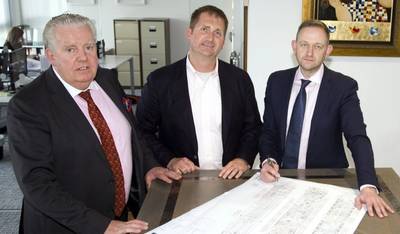 Global marine outfitter, MJM Marine is undertaking its biggest-ever project which will see a team of 1,400 people spend more than a month working on a cruise liner at locations including China and the US.

The company been appointed as the main outfitting contractor by Norwegian Cruise Line (NCL) to completely refurbish the Norwegian Joy, as the company repositions the ship to the West Coast of the United States.

In a multi-million dollar project, MJM Marine will play the lead role in the design, manufacture, installation and project management of the interior refit of the cruise liner.

Gary Annett, CEO MJM Marine sadi: "Norwegian Joy is MJM Marine’s largest contract to date and will involve a team of 1400 people completing works in over 40 spaces throughout the ship. Planning, design and manufacturing has been underway for many months in preparation for installation start date.”

Work will begin onboard Norwegian Joy on 11th March in China with completion on 21st April in Seattle. “This is a truly global project which will take MJM Marine around the world in 42 days,” continued Annett.

Following the refit, Norwegian Joy will embark on a series of cruises to Alaska before repositioning to Los Angeles.

“It is a challenging and complex project which is large in scale and short in time, requiring meticulous planning and execution by a top tier outfitter to see it through. We are delighted to join forces with MJM Marine who has been a reliable partner of ours since 2015," he added.