EU to Hit Back at US Tariffs 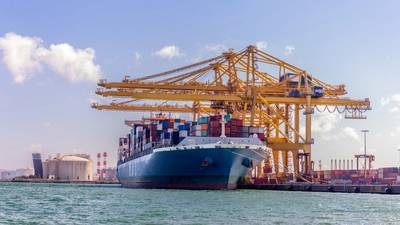 The European Union's plans to hit back at new U.S. tariffs on EU steel and aluminium exports include hiking duties on a range of imports from the United States, from blue jeans and rice to the proverbial kitchen sink.

In eight closely typed pages of documentation lodged at the World Trade Organization (WTO) in Geneva, the EU has set out 25-percent tariff increases that are in part aimed at hurting the electoral districts of some of President Donald Trump's allies.

There is a range, evidently, of steel and aluminium in their various forms as well as intriguingly precise targets such as "canoes" and "manicure or pedicure preparations", "dried shelled kidney beans" or "chewing tobacco and snuff". "Playing cards", too, are hit - but only with an additional 10-percent duty.

A second EU list of a similar length has also been published at the WTO, lining up new targets for later if the trade dispute is not resolved. That will be bad news for U.S. manufacturers of "statuettes and other ornamental articles of porcelain or china" or, indeed, whoever makes "plasma cleaner machines that remove organic contaminants from electron microscopy specimens".

EU leaders insist that they do not want "trade war" with Trump. But they are determined to defend their interests against what they call illegal U.S. duties -- and do that they are ready to throw in "sinks and washbasins, of stainless steel".