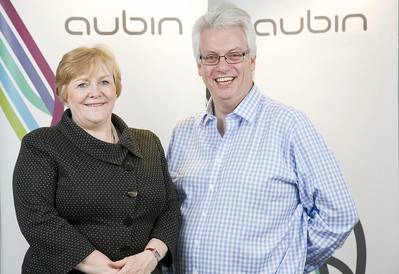 Katy brings over 25 years senior management and international experience in the oil and gas industry to Aubin Group. A Chartered Accountant, her previous roles at director and senior management level include positions at S4 Advisory, a specialist business consultancy working with many leading oil and gas organizations, Wood Group, Talisman Energy and Stolt Offshore, a predecessor of Subsea 7. In addition, she is the non-executive Chairman of Aberdeen Foyer, a charitable organization supporting young unemployed or homeless people in the North East of Scotland.

According to Aubin Group , the appointment is part of its growth plans which recently announced an increase in turnover of more than 35% to £6.5 million for the 12 months ending June 30, 2013. The growth followed £2.25 million investment by BGF (Business Growth Fund).

The company has recorded significant growth in its Well Services division and seen steady expansion by launching new divisions and adding to its team of chemical engineering and subsea experts. Over the coming months, a major focus for the business will be on developing its Subsea and Integrity divisions, whilst Aubin Group will also aim to expand on the level of work carried out in the Middle East by its Well Services and Pipelines divisions.