Amazon Exec to Jump to Logistics Startup Flexport as CEO 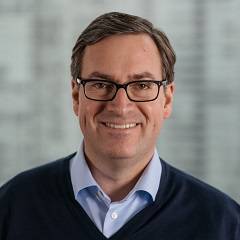 Amazon announced last week that Clark planned to leave his role as CEO of its worldwide consumer business on July 1. read more

The move will place Clark at the helm of a young company vying to be one of the biggest supply-chain and logistics platforms globally, a mantle not unlike the one held by Amazon.

Both Flexport and Amazon sell shipping services to e-commerce merchants, although the startup focuses on bringing overseas factory products to a nearby warehouse, whereas its larger peer coordinates delivery to shoppers' doorsteps.

Amazon declined to comment on Clark's move. Marc Wulfraat, president of logistics consultancy MWPVL International Inc, said there did not appear to be significant overlap between the two companies.

In his LinkedIn post, Clark said Flexport was "tackling the most complicated piece of the supply chain: the global cross-border movement of goods. It is an area where few technology companies have dared to tread because of the vast array of regulatory rules, intimidating geographical distances, and siloed network of providers."

Clark earlier said he left Amazon with a multi-year plan in place to manage inflationary challenges and wanted to get back to building. Amazon has vowed to cut costs after a period of over-expansion, and CEO Andy Jassy has said the company must work "to get to where we ultimately want to be."

Ryan Petersen, Flexport's current chief, said in a Twitter post that he and Clark will be co-CEOs for six months from Sept. 1, after which Petersen will become executive chairman. Clark joins Flexport's board as well, he said.

In February Flexport more than doubled its valuation to $8 billion after a funding round venture capital firms Andreessen Horowitz and MSD Partners led.It expects revenue of close to $5 billion this year, Petersen said.