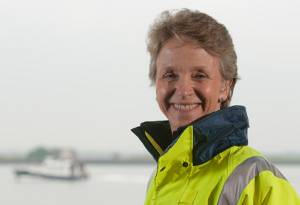 The UK Secretary of State for Transport, Lord Adonis, has appointed Helen Alexander, CBE, as Chairman of the Board of the Port of London Authority (PLA), with effect from 1 January 2010. She will succeed Simon Sherrard, who has been PLA Chairman since 2001.