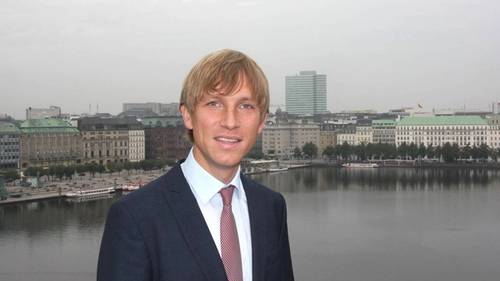 Experience at sea, good instincts and a very cool head: This are the skills a stowage planner like Jan Böttjer needs to bring to the job. (Photo: Hapag-Lloyd)

Whenever a containership reaches a port, a certain number of containers are usually loaded or discharged before the ship continues along its voyage to the next port. But how are these containers stowed on board in the safest and most efficient way possible? Stowage planner Jan Böttjer answers this question.


“Imagine you’d like to unload a container in a port and you realize it’s located all the way at the bottom of the ship’s hold, covered by an entire stack of other containers that don’t need to leave the ship in this port,” says Hapag-Lloyd stowage planner Jan Böttjer. “To get to the container you want, you’d first have to restow the container tiers above it. In addition to being completely uneconomical, it also consumes a whole lot of time.”

Of course, one might imagine that the ideal way to stow containers would just be to put the containers that need to leave the ship in the next port at the very top of the stacks. But, in reality, it’s far from that simple. “Our job is much more complex,” Böttjer says. Indeed, it’s not for nothing that Böttjer holds a degree in nautical sciences and a so-called “master’s ticket,” like all his colleagues at the central stowage planning office in Hamburg. Earning this license requires experience on the high seas and qualifies him to control a ship. Before becoming a stowage planner, he served as a chief mate, which made him responsible for the cargo that sailed on board several Hapag-Lloyd ships. “Having specialized nautical knowledge and experience on board is extremely important for our job, as we coordinate with captains and dockworkers in the terminals every day,” he notes. “We’re familiar with the challenges on board and can adjust our actions accordingly.”

Furthermore, Böttjer and his colleagues at the seven central stowage planning offices that Hapag-Lloyd operates worldwide have to take a good many factors into account in order to optimally stow a ship. This starts with the laws of physics. For example, the stowage planners need to make sure that their loading doesn’t leave one side of the ship heavier than the other, which could cause the ship to bend or twist – and, in the worst case, lead to structural damage. In addition, they must always keep the so-called righting moment in mind, too, as a ship at sea also moves along its longitudinal axis – that is, it rolls sideways left and right at a certain angle. “As with a mechanical metronome, the weight’s placement influences the tempo of the movement,” Böttjer explains. In other words, the higher the weight, the slower the tempo. If too much weight is placed too high up, the ship will exceed the righting moment and won’t be able to right itself anymore. This would be fatal, Böttjer knows, particularly in adverse weather conditions at sea, as roll angles of 30 degrees and more are not unusual. For this reason, the weather is an important factor that he and his colleagues have to take into account.

When asked which skills a stowage planner needs to bring to the job, Böttjer quickly answers: “Experience at sea, good instincts and a very cool head.” He also thinks that having a good power of spatial imagination is very important. The plan for how to load a ship arises in the stowage planner’s head, he explains, and computers merely spare him or her the tedious task of calculating the moments (shearing, twisting, bending and trim). “All the other work still has to be done by hand,” Böttjer stresses, “because computers can’t reasonably implement a construct as complex as the stowage planning of containerships.”

Computers have nevertheless become an indispensable tool for stowage planning, as the planning programs that Böttjer and his colleagues use on them also give them access to all the information important for stowing containers. Before a containership arrives in port, Böttjer analyzes the basic data about the ship in need of planning, such as the tonnage, the number of slots and the information on its status. In doing so, Böttjer is dependent on receiving reliable data from all the partners involved in the respective trade – including not only the terminals, but also Hapag-Lloyd’s central stowage planning offices. Allotting containers in a consistent and tidy fashion is also important, he adds, saying: “I have to determine exactly where dangerous goods, reefers and perhaps even special cargo will go.” Only then can Böttjer appropriately distribute all the other containers with the help of his stowage planning software.

Hapag-Lloyd’s seven central stowage planning offices are divided among the Regions. Though spread across the world, they work closely together. For example, a ship sailing from Hamburg toward South America will leave its final port in Region Europe at a certain point. When that happens, Böttjer will hand responsibility for the ship over to his counterparts in Valparaíso. The information he transmits to South America will include, among other things, data on all the containers currently on board, their exact positions, details on the type of container and VGM information. With this “basic information,” stowage planners in Valparaíso can likewise get started with their planning. About two days before the ship arrives in the first port of a Region, the stowage planners also receive from the agent in that port the initial load figures of the shipping companies wishing to ship cargo on this vessel. The final stowage planning for the respective port only begins 24 hours before the ship’s arrival.

Looking toward the future, Böttjer knows that he and his colleagues have a major challenge in front of them. Due to the merger with UASC, Hapag-Lloyd will soon have a fleet with ship capacities ranging from 700 to 19,000 TEU. “As the ship gets bigger, so does the amount of work required for each of them,” he says. An 18,800 TEU ship, such as UASC’s “Al Muraykh,” can only call at a small selection of ports due to its massive size and can spend two to three weeks at sea between ports. But then the terminals are especially busy for days because of all the cargo. “In the future, we will encounter these particularities – and we will naturally have to take this into account with our stowage planning,” Böttjer says. But this is precisely the kind of variety that he likes so much about his job. “As stowage planners, we face a new and exciting challenge every day – because no two ships are alike!”