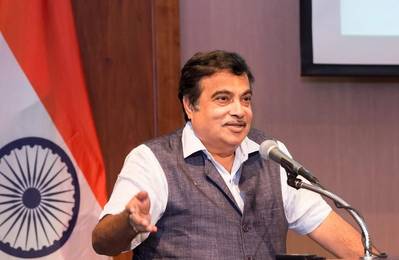 The Dry Port is being developed by the Jawaharlal Nehru Port Trust (JNPT) in a bid to cater effective logistics services to the industries in Vidarbha region and improve cargo throughput at the Port.
The proposed Wardha Dry Port is to be constructed over an area of 350 acres in phased development with a total estimated investment of Rs 500 Crore. The Phase-I would involve development of around 25 Ha of the total area, with an estimated cost of Rs.180 Crores (including private investment of Rs. 79 Crore).
The proposed dry port is estimated to generate traffic of almost 7,000-9,000 TEUs in next 5-7 years. The traffic is expected to ramp up gradually to around 30,000 TEUs in medium term (by 2030) considering the geographical location advantage, upcoming road and railway connectivity, increased focus on warehousing and other ancillary industries in the region.
The project is expected to attract a direct employment of at least 1000 persons. The project would have the necessary facilities as one-stop shop for the EXIM based industries such as customs clearance facilities, Container Freight Station, Warehousing Space, Cold Storage, Liquid Storage, truck terminals etc.
The site is strategically located around the Industrial belt of Nagpur & Wardha and is well connected to the other industrial regions in Vidarbha. The dry port would benefit the rice exporters, textile and garments industry, steel and minerals traders, scrap trade, plastics and paper pulp, electrical machinery, automotive parts manufacturers etc. located in the region.
Besides, domestic cargo movement is also expected to be routed through the dry port due to its logistical proximity to upcoming Nagpur-Mumbai super communication expressway, National Highways and railway connectivity.
The dry port shall get connected to the Central Railways network through Nagpur-Wardha line, to Nagpur-Mumbai Super Communication expressway and six lane National highways connecting major cities of central, Southern and Northern India.
• Jawaharlal Nehru Port Trust • logistics services • Maharashtra