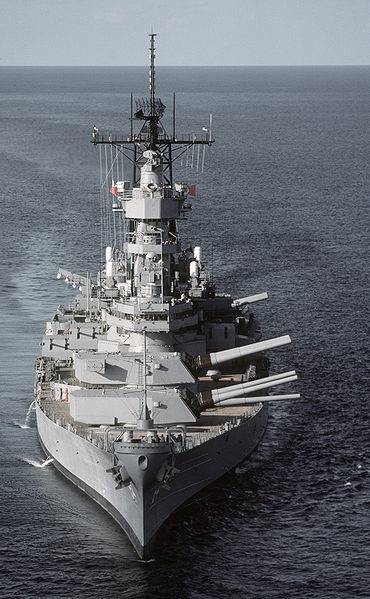 Inspectors from the Navy's Board of Inspection & Survey (INSURV) conduct a survey aboard the floating museum ship.

After a storied history beginning in World War II, the battleship received its last official INSURV inspection in 1992, before becoming a floating museum on the James River.

John Elliker, Battleship Wisconsin project manager, said the city of Norfolk initially contacted INSURV to ask them about surveying the ship. The conversation progressed into the INSURV team volunteering their off-time to conduct an inspection to assist the museum in developing a plan to open more of the ship and identify potential hazards that could impact visitor's health and safety.

"What we want is for your grandkid's grandkids to enjoy this ship in a meaningful way, and we can't do that if we're constantly battling rust and deterioration. This is the beginning of a unique partnership between the active duty Navy and the city of Norfolk for the preservation of the battleship," said Elliker.

All of the INSURV inspectors volunteered to take a look at the ship and help the city understand what they are going to have to do in order to keep her in great shape for the long term.

According to Capt. Mark Metzger, INSURV director of craft and auxiliary force inspections, the 15-man team was happy to volunteer to help the museum preserve a major piece of naval history and heritage. "This ship has so much history and to be able to use our expertise to help preserve that history is very meaningful for us," said Metzger. "Also, I've come here many times to attend promotion and retirement ceremonies and this affords me the chance to get into areas that haven't been open for years, like the engine rooms and the main galley. So if what we do here allows the city to show the American public how Sailors work and live on a warship, then that is all to the good."