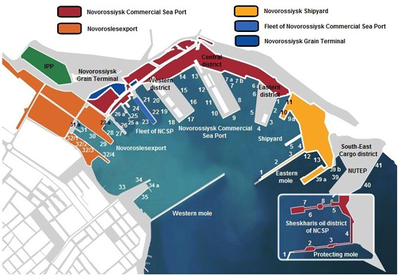 Turkmenistan stopped transit of its oil via Russia in 2016 and has been exporting all its crude via the Azeri Caspian port of Baku.

Pumping Turkmen oil through the Makhachkala-Novorossiisk pipeline could add as much as 200,000 tonnes of crude per month into Russia’s Transneft system. Turkmenistan is currently shipping oil via the Baku-Tbilisi-Ceyhan (BTC) pipeline to the Turkish Mediterranean port.

Turkmen crude loadings from Novorossiisk could reach up to 200,000 tonnes in February, the sources added.