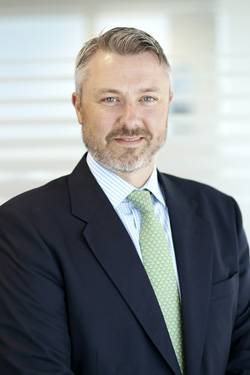 Renaissance Services has announced the appointment of René Kofod-Olsen as CEO for Topaz Energy & Marine (Topaz).

Mr. Kofod-Olsen’s career spans 18 years in the marine industry with the A.P. Møller-Maersk Group (APMM), including a period as Chief People Officer of SVITZER, responsible for the global HR function. He is currently CEO of SVITZER Asia, Middle East & Africa, responsible for a fleet of 130 vessels operating in 17 countries. He is also a member of the global executive leadership team of SVITZER. He will take up his new position at Topaz in early August 2012.

Topaz has one of the youngest, most modern and versatile Offshore Support Vessel (OSV) fleets in the world. The Topaz fleet, which average age is 7.2 years compared to an industry average of 13 years, operates primarily in the MENA and Caspian regions. Topaz is a wholly owned subsidiary of Renaissance Services.

Renaissance Chairman, Mr. Samir Fancy said “We are delighted to have René join our team. He has proved his leadership credentials in a distinguished career with the A.P. Møller-Maersk Group culminating with his success as CEO of SVITZER for Asia and MENA. He shares our growth ambitions for the Topaz Marine fleet.”

Mr. Kofod-Olsen commented “Topaz is a global OSV company that is well positioned in their key markets with enormous growth potential. I am joining a great team of marine professionals and I am excited about what we can achieve together.”