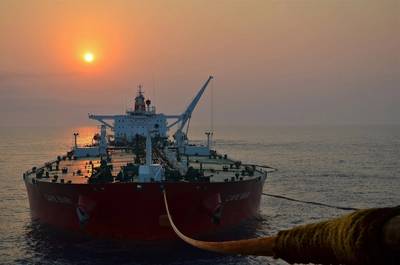 McQuilling Services’ 2016 Mid-Year Tanker Market Outlook Update examines the tanker shipping market from January, and forecasts the balance of 2016 through 2020 based on market conditions in the first half of the year. Findings from the report can be found below.

Global oil demand in 2016 is expected to rise by 1.38 million b/d to over 95 million b/d, representing a 1.46 percent increase year-on-year, before decelerating in the balance of our five year outlook. Looking ahead, we expect global supply of crude oil to reach 78 million b/d in 2016 and over 80 million b/d by the year 2021. We do expect the surprisingly stable North Sea production in 2016 to turn into declines over the forecast period. In total, European output is projected to fall by over 700,000 b/d through 2020, which is one of the main drivers behind our expectation of declining refining margins in the Continent and subsequent losses in refinery run rates. The largest output gains are projected to come from the Middle East and North America over the forecast period as increasing crude oil prices revitalize output in the latter.

Crude and residuals transport totaled just over 9.5 trillion ton-miles in 2015, the second highest recorded ton-mile demand, trailing only 2012. This represented a 2.7 percent year-on-year rise as increased refinery intake, due to high product demand and healthy refining margins, emerged. In 2016, total demand growth is anticipated to decelerate to 1.3 percent as weakening refining margins and supply disruptions in key loading regions (West Africa and Caribbean) negatively impact transportation requirements. Third quarter demand is likely to reflect a shift toward product inventory drawdowns and lower run rates, pressuring freight rates. Over the forecast period of 2016-2020, our models point to further deceleration of demand growth. We project an annualized growth rate of about 1 percent, below the historical trend of 1.7 percent.

In 2016, we project VLCC ton-mile demand to increase 3.2 percent due in part to increasing exports of Middle Eastern crude oil to U.S. Gulf and West Coast refiners amid decreasing domestic production and short-term outages at Canadian upstream facilities. Suezmaxes are poised to contract 3.5 percent this year as a better positioned VLCC fleet diminishes West > East cargoes. Overall, we project annual growth of 0-1 percent through 2020 for this tanker class. Increasing intra-Far East flows and U.S. crude exports are projected to support 1.5 percent ton-mile demand growth for Aframaxes this year. Looking into 2017, we expect a second straight year of growth, this time by 1.12 percent and through 2020, we calculate the expected annualized growth in ton-mile demand at about 1 percent per annum.

Since 2011 we have seen robust increases in overall LR2 transport demand and expect 2016 to finish 6.8 percent higher than 2015 demand levels after growing by over 14 percent the year before. Total LR1 demand has experienced an upward growth trajectory since at least 2000, although a slight temporization of this growth has been observed since 2010. Acutal data through April 2016 implies a pick-up in LR1 demand, suggesting a 3.9 percent growth from 2015 to 2016. This tanker sector is projected to record the highest annual growth through 2020 at 3.5 percent among all the tanker sectors we analyze. In 2015, the MR2 sector reversed a three-year slump, rising by about 2.2 percent year-over-year. For 2016, we project an increase of about 4.9 percent in ton-mile demand, supported by an increase of 4.6 percent in actual tons moved. Over the course of the next five years, we anticipate MR2 demand to average 1-2 percent per annum.

Global VLCC spot market activity recorded a year-on-year growth of 3 percent in the seven months of 2016, driven mainly by increased demand from China and independent oil refiners in the oil-thirsty country. Despite this additional activity, spot rates have struggled to trade at year ago levels. The AG/Japan route averaged WS 61 through July, yielding a TCE of approximately $45,600/day, compared to an average of WS 87 (basis 2016 WS flat rate) or TCE $63,000/day during the same time period last year.

Aframax spot market activity on a global basis increased by just about 1 percent year-on-year. A notable surge in volume has been on the Russia to China route as 47 additional fixtures have been recorded. Exports of Russian oil to China have jumped 42 percent to over 22 million tons from January to May, according to Reuters. Aframax fixture counts from the Caribbean to the U.S. Gulf have increased as well. Through July, we have recorded roughly 137 fixtures, compared to 108 fixtures the previous year.

Global fixture activity on LR2s has increased by 4 percent year-on-year as growing capacity in the Middle East and India is generating more opportunities for refined product cargoes. Fixture activity out of India (to all discharge destinations) has increased nearly 40 percent year-on-year, the bulk of which were headed to the UKC and Arabian Gulf. LR2 AG/Japan freight rates have been less than impressive this year, averaging WS 98 (TCE $18,720/day).

As of the end of July, there were 49 uncoated tankers delivered to the fleet, representing 36 percent of our full-year expectations and supporting our original thoughts of a second half skew of tanker deliveries. The supply outlook over the next five years may be described as a “tale of two halves.” The present year along with 2017 are projected to increase the DPP fleet as a whole by 3.6 percent and 5.7 percent on an average inventory basis. In total, we project 62 coated Aframaxes (LR2) and 46 coated Panamaxes (LR1) to join the fleet over 2016 and 2017, of which 27 have delivered as of the time of writing. We anticipate that LR2 inventory will expand 10.7 percent and 9.9 percent in 2016 and 2017, respectively amid high deliveries and minimal deletions, while the MR product segment is to average only 1 percent growth through 2020. Overall, CPP growth will average 3.5 percent in 2016 before trending lower over the forecast period. The net fleet growth of the chemical fleet (IMO 2) is projected to expand by 13.5 percent in 2016, reducing to 3.4 percent in 2018 and below 2 percent in 2019 and 2020.

We project spot rates for DPP voyages to exhibit weakness in 2017 amid accelerating supply growth. TD3 freight rates will average WS 57 in 2017 before increasing to WS 71 by 2020. Floating storage economics may help stabilize the recent downturn in the market. Correspondingly, we anticipate VLCC TCE levels to average $33,800/day in 2017. Suezmax rates on TD20 are projected to average WS 66 in 2017, returning owners $15,300/day during the year. Aframax rates are likely to be elevated in the East with TD8 returning owners $19,600/day in 2017, following $22,300/day in 2016.

CPP rates are likely to remain stable in 2017 due to increasing demand and decelerating supply. TC1 rates will average WS 108 in 2017, returning owners $19,200/day, while the LR1 trading the same voyage will generate earnings of $13,800/day. Gradually increasing freight rates through 2020 are projected. For MR owners, it is projected that vessels positioned in Asia will earn more than those in the West amid expanding refinery capacity in the East and slowing demand in the West. The TC2/TC14 triangulation will return owners $11,806/day in 2017.

Asset prices for secondhand DPP tankers will see losses continue into 2017 amid a weakening rate environment, while CPP values may see a slight uptick amid a more stable earnings outlook. Declining shipyard capacity and higher commodity prices may lead to a slight increase in newbuilding values next year.