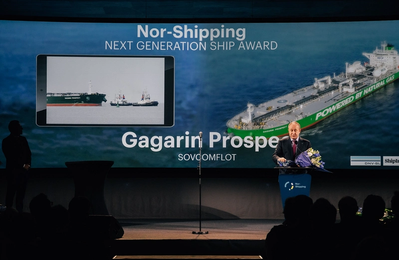 The corresponding order was signed by the Russian Prime Minister Dmitry Medvedev on 4 July 2019 on the eve of the Day of Russian Sea and River Fleet Workers, celebrated annually on the first Sunday of July.

The order notes that Sergey Frank is awarded "for merits in development of maritime transportation and long-term dedicated work."

The Pyotr Stolypin Medal was established by the Russian government in 2008 to reward merits in addressing strategic tasks of the social and economic development of the country.