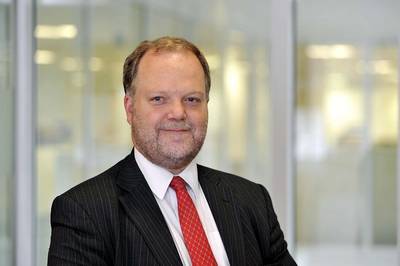 Confidence in the shipping industry fell in the past three months to its lowest level for two and half years, according to the latest Shipping Confidence Survey from leading shipping adviser and accountant BDO. Yet owners, charterers and managers were more confident than they were at the time of the previous survey in May 2019.

The average confidence level recorded by the survey in the three months to end-August 2019 was 5.8 out of a possible maximum of 10.0. This compares to the figure of 6.1 recorded for the quarter ended May 2019.

Confidence was up in Asia from 6.0 to 6.8 – the highest figure for this region since the survey was launched in May 2008 with an overall rating for all respondents in all geographical areas of 6.8 out of 10.0. The rating for Europe, however, was down, from 6.1 to 5.7.

The number of respondents expecting finance costs to increase over the coming year was down from 48% to 25%. The figures for all major categories of respondent were down, and in the case of owners and managers to survey lows of 27% and 20%, respectively.

Demand trends were cited by 23% of respondents as the factor most likely to influence performance over the next 12 months. Competition (20%) and finance costs (16%) featured in second and third place respectively in this context.

In the freight markets, the number of respondents expecting higher tanker rates over the coming year was down by 12 percentage points to 43%, with the rating for charterers tumbling from 75% to just 25%. In the dry bulk sector, expectations of rate increases were down from 48% to 39%, with charterers again recording the most marked decrease, from 80% to 25%. The numbers expecting higher container ship rates, meanwhile, fell from 35% to 19%. Net rate sentiment was positive in the tanker and dry bulk sectors, but negative in the container ship market.

Responding to a stand-alone survey question, 26% of respondents said they expected the price differential between high-sulphur fuel oil and IMO-compliant low-sulphur fuel oil at 1 January 2020 to be between $175 and $249 per metric tonne. This compares to the 23% who thought likewise in November 2018. 24% put the figure at between $100 and $174, compared to 12% previously, while 17% estimated the cost at between $250 and $324 compared to 24% last time.

Richard Greiner, Partner, Shipping & Transport at BDO, says: “Geopolitical uncertainty contributed significantly to the decline in confidence recorded in our latest survey, with a number of respondents expressing concern about burgeoning trade wars and political tension in various parts of the world. Ongoing indecision surrounding Brexit was also a salient factor.

“But it was not all bad news. Confidence on the part of owners, charterers and managers was up in the last three months, as was the likelihood of imminent major investment – in the case of owners, to an all-time survey high.

“Indications from the freight markets were less encouraging, with a fall in expectations of higher rates in all three main tonnage categories. Indeed, net rate sentiment was negative in the container ship sector for the first time in almost four years. But shipping confidence must be weighed against the highly cyclical nature of the industry. Not every reversal in fortunes is a portent of significant decline.

“Major challenges lie ahead, some of which will be beyond the control of the industry itself. But there will always be a role for the shipping industry, and particularly for one that is technically inventive and environmentally compliant and thereby attractive to investors.”