Seven Charged with Labor Racketeering in the Port of San Juan 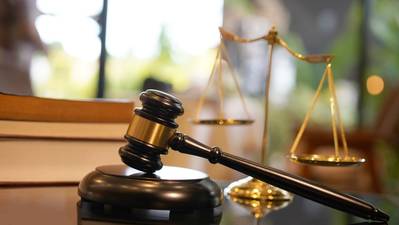 On August 11, 2022, a federal grand jury in the District of Puerto Rico returned an indictment charging seven defendants with running a criminal enterprise dedicated to extorting and misleading shipping companies into paying fees for the loading and unloading of cargo at the Port of San Juan—Piers 9, 10, and 11—under the threat of strikes and blockades on the part of union members of the ILA-1740 of the International Longshoremen’s Association, AFL-CIO (ILA) and under false representations that companies had to pay a fee in order to be able to use “union-free labor” for the loading and unloading of cargo, announced W. Stephen Muldrow, United States Attorney for the District of Puerto Rico. The indictment includes a forfeiture allegation related to the total value of the loss, approximately $1,184,524.26, and one residential property, a vehicle, and a boat.

Pursuant to the indictment, Pedro Pastrana-González and his ex-wife, Iara Clemente-Rivera, owners and managers of JCPY, Inc. (JCPY), aided by a public employee and Puerto Rico Port Authority worker, Jorge Batista-Maldonado and Carlos Sánchez-Ortiz, the president of the union ILA-1740, are charged with running the fraudulent and extortionate scheme against shipping companies using Piers 9, 10, and 11. Members of the enterprise took some of the money made from the scheme and concealed it in JCPY and as payments to ILA-1740’s employee benefit plan called Plan de Bienestar UTM-PRSSA.

Pastrana-González, Clemente-Rivera, Victor F. Torres-Barroso, José A. Fernández-Cruz, and Carlos A. Hernández-Laguer are also charged in the indictment for their participation in an agreement to take funds and falsify records of the Plan. Pastrana-González and Clemente-Rivera agreed that Torres-Barroso, Fernández-Cruz, and Hernández-Laguer—members of ILA-1740 who worked in a company that provides stevedoring services (longshore work) — would do “chimbos” for Clemente-Rivera. “Chimbo” is slang for a person who uses the union card of another individual when working at the docks so that it appears that the union member is working. Because it appeared that the person on the union card (Clemente-Rivera) was working, the hours worked were fraudulently counted for Clemente-Rivera’s yearly-hour requirement to qualify for Plan benefits.

The defendants are charged with the following counts:

Count One of the indictment charges a RICO conspiracy in violation of 18 U.S.C. § 1962(d), which subjects the defendants to a term of imprisonment of up to 20 years;

Count Two charges a Hobbs Act extortion conspiracy in violation of 18 U.S.C. § 1951, which subjects the defendants to a term of imprisonment of up to 20 years;

Count Three charges a conspiracy to commit mail and wire fraud in violation of 18 U.S.C. § 1349, which subjects the defendants to a term of imprisonment of up to 20 years;

Count Four charges a conspiracy to violate the Taft-Hartley Act (labor management relations) in violation of 29 U.S.C. § 186, all in violation of 18 U.S.C. § 371, which subjects the defendants to a term of imprisonment of up to 5 years;

Count Five charges a money laundering conspiracy in violation of 18 U.S.C. § 1956(h), which subjects the defendants to a term of imprisonment of up to 20 years;

Count Seven charges health care fraud in violation of 18 U.S.C. § 1347, which subjects the defendants to a term of imprisonment of up to 10 years.

“These arrests are the result of a comprehensive investigation that now will put a stop to the illegal fees that the defendants were charging the shipping companies at Piers 9, 10 and 11,” said W. Stephen Muldrow, U.S. Attorney for the District of Puerto Rico. “I want to congratulate the attorneys and agents from all of these agencies who worked diligently to uncover this years-long scheme.”

“Schemes such as the one uncovered and charged in this indictment, negatively impact local economy and stalls the economic progress the people of Puerto Rico deserve,” said Joseph González, Special Agent in Charge of the FBI San Juan Field Office. “This scheme was sustained by silence, and I hope the work we’ve done here with our partners, serves as a motivation for those with information, to speak up.

“Today’s indictment includes allegations of corruption against a union president as well as several union members.  OLMS will continue to work with its law enforcement partners to hold accountable union officials, who hold positions of trust, as well as others who may seek personal gain through illegal activities, taking advantage of the union and the hardworking rank and file workers who the union represents,” said Megan Underwood, Northeastern Regional Director of the Office of Labor-Management Standards (OLMS).  “OLMS thanks the U.S. Attorney’s Office for the District of Puerto Rico and all of the partner agencies for their dedication to this case.”

“These fraudulent actions resulted in people improperly receiving benefits they were not eligible for, hurting thousands of Puerto Ricans who worked tirelessly to earn those benefits honestly and legally,” said Ali Khawar, Acting Assistant Secretary of Labor, Employee Benefits Security Administration (EBSA). “When anyone commits a crime involving an employee benefit plan, EBSA will make sure they are brought to justice.”

“The U.S. Postal Inspection Service will continue to work alongside our law enforcement partners to disrupt and dismantle criminal organizations who seek to exploit legitimate business and individuals for financial gain. Today’s arrests will not only bring a sense of justice to the victims but will also help increase awareness on these type of fraudulent schemes,” said Juan A. Vargas, Acting Inspector in Charge, U.S. Postal Inspector, Miami Division.

The investigation was carried out in consultation with attorneys of the Organized Crime and Gang Section of the U.S. Department of Justice.