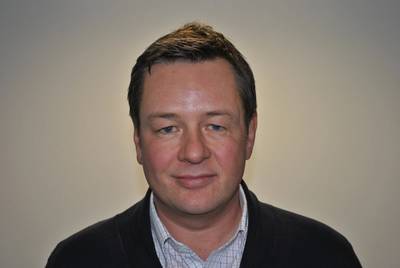 Specialist marine insurance intermediary Seacurus launched a new insurance policy to indemnify seafarers in the event of the financial default of their employers which, for the first time, offers recompense in respect of unpaid crew wages.

The policy will enable all employers of seafarers to meet their regulatory obligations under the Maritime Labor Convention 2006 (MLC), which enters force on August 20, 2013.

The new policy, CrewSeacure, provides up to $10 million of cover in the event of an employer’s financial default. It includes personal accident protection and covers medical expenses as well as subsistence and repatriation costs. It will also respond, unlike any other product currently on the market, in respect of the non-payment of seafarers’ wages, for a period of up to six months.

CrewSeacure is underwritten by first-class A-rated global insurers in the Lloyd’s and Company markets in London. It offers an independent round-the-clock claims service managed by Thomas Miller Claims, the world’s leading maritime “people claims” service provider. It also includes a claims mandate which protects the interests of shipowner and seafarer alike to ensure a fair claims process.  A 24-hour helpline is available for seafarers and their advisers, who are afforded direct access to the insurers’ claims adjusters. In order to deliver the CrewSeacure product to market, Seacurus will act as managing general underwriters with access to Lloyd's security led by Brit Syndicates Ltd and companies' market security provided by Aspen Insurance U.K. Ltd.

CrewSeacure provides cover which meets flag state and port state control approval, and is authenticated by a ship-specific MLC2006 insurance certificate to demonstrate compliance with the Maritime Labour Convention.  Comprehensive cover is provided at low cost, with premiums of as little as 50 cents per-seafarer per-day available.

Thomas Brown, managing director of U.K.-based Seacurus, said, “CrewSeacure has been designed to cover the requirements of MLC. The shipping industry faces economic challenges. Not all shipowners and operators will survive the current global recession, and this will inevitably have a knock-on effect on those seafarers who are caught up in the resulting bankruptcy cases. Just recently, for example, we saw arrest orders issued by a court in the Far East in respect of two tankers after crew complained they had not been paid for almost three months.

“The fact is that any cover that does not provide for the indemnification of unpaid wages fails to adequately protect seafarers against the real risk of abandonment. History shows that the only way for seafarers to recover unpaid wages in the absence of any form of financial security is to remain on board until the ship is sold. This serves only to make matters worse for the shipowner as well as for seafarers and their families, who suffer further financial loss and hardship as a result of the long delays that can accompany the judicial sale of a vessel. CrewSeacure removes the need for seafarers to remain on board an abandoned vessel by ensuring that they receive their unpaid wages before being repatriated home to seek new employment opportunities.

Giles Heimann, secretary-general of IMEC (International Maritime Employers Council Ltd), sayid, “IMEC and its members believe that the Maritime Labour Convention is the most significant piece of maritime legislation for many years. We are committed to supporting our members in the run-up to its introduction in August 2013, and to working with them to secure effective and fit-for-purpose provision for seafarers and employers alike. I am pleased to see that companies such as Seacurus are providing options for the industry, to support their obligations under MLC.”

Thomas Brown concluded, “MLC is a watershed moment for shipping. It has been called the seafarer’s ‘bill of rights’, and with good reason. Previously, there had been a lack of political will or force of law to encourage the insurance industry to provide a workable system of financial security. But that will change with the imminent implementation of MLC. Seacurus believes that effective employment protection must include crew wages. For that reason, it has provided an effective system of financial security to put an end to the specter of seafarers becoming the cash flow casualties of their employers’ insolvencies.”