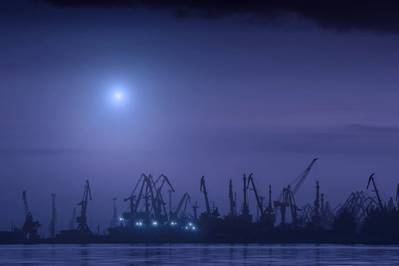 As part of what Moscow calls a "special military operation" launched almost a month ago, Russian forces have seized most of the Ukrainian coast along the Sea of Azov, an appendage of the Black Sea, except for Mariupol, which has refused to surrender.

"It is hard to overestimate the possibilities of using this port," said the website of the Russian armed forces news outlet Zvezda (Star).

"Now the southern flank of the special operation can receive everything necessary at any time, including equipment and ammunition."

The Zvezda website said 10 such ships were participating in the operation. It said each could carry up to 20 tanks or 40 armored personnel carriers.