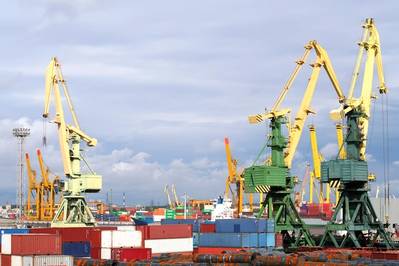 Russian aluminum giant Rusal has stopped placing orders with two logistics firms that ship its exports, executives with the firms said on Tuesday, in a sign of deepening problems for the company after it was hit by U.S. sanctions.

Rusal and its major shareholder Oleg Deripaska were included on a U.S. sanctions blacklist this month, leading to anxiety among many of its customers, suppliers and creditors who fear they too could be hit by sanctions through association with the company.

A number of traders and customers of Rusal's aluminum have stopped buying the firm's products, citing the sanctions risk, and Rusal appeared to have responded by dramatically scaling back its shipments for export.

TransContainer, Russia's largest freight container operator which said it handles between 25 and 30 percent of Rusal's exports, said Rusal had suspended exports through the TransContainer network.

"They (Rusal) do not know what to do yet, what is going on with them; that is why all transportation operations are suspended," TransContainer's Chief Executive Petr Baskakov told reporters in Moscow on Tuesday.

Separately, a source with a major Russian railway operator, who spoke on condition that neither he nor the firm is identified, told Reuters Rusal had been rescinding orders with his firm for shipments to customers outside Russia.

TransContainer's Baskakov said Rusal is considering redirecting its exports to other markets that are less sensitive to the sanctions risk, and while it works through that process had suspended pending shipments.

"We are exploring different options for further cooperation with Rusal," Markov added.

Rusal Under Siege
In the latest sign of customers distancing themselves from Rusal, major Japanese trading houses asked Rusal to stop shipping refined aluminum and other products in light of the U.S. sanctions and are scrambling to secure metal elsewhere, industry sources said.

Rusal is encountering problems at the other end of its production cycle too, with the sanctions taking a toll on the overseas operations that supply it with the raw materials it uses to produce metal.

Rio Tinto which supplies bauxite to some of Rusal's refineries and buys refined alumina, said it will declare force majeure on some contracts, showing the immediate impact on Rusal's supply chain. (For an analysis, click on)

Rusal's dollar bonds slumped after the sanctions were imposed, and the company warned it could be in technical default because banks, trading platforms and clearing agents refuse to handle transactions linked to the issuer.

Russian state-run lender Sberbank holds $4 billion in Rusal debt. The bank's CEO, German Gref, said he had no immediate option to get rid of the Rusal debt on Sberbank's books because there was no one to whom he could offload it.