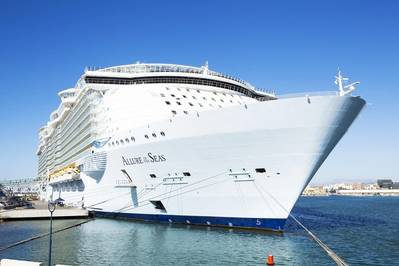 Royal Caribbean International (RCI) announced this week that it will begin building a $100 million cruise terminal at the Port of Galveston’s Pier 10 in April. The cruise giant said it will begin sailing its Oasis-class ship, the Allure of the Seas, from Galveston beginning in November 2022.

According to the Port of Galveston, the annual impact from this terminal includes 1,320 new jobs, $60.7 million in personal income, $1.4 billion in local business services revenue and $5.6 million in state and local taxes. It will also generate millions of dollars in direct revenue for the port and the city of Galveston, not including the multimillion-dollar economic impact the cruise industry will have on the local economy once the cruise lines begin sailing again.

The port will pay the city at least $300,000 a year. Based on passenger volume, the port expects this amount to increase if annual passenger numbers at the new terminal grow beyond 600,000.

Construction of a third cruise terminal had been put on hold in 2021 due to the pandemic. RCI exercised a contract option to extend its final decision until April 2021. In the meantime, RCI and port staff have continued to lay the groundwork to move forward.

It is expected that the agreement to move forward will be finalized in the coming weeks.