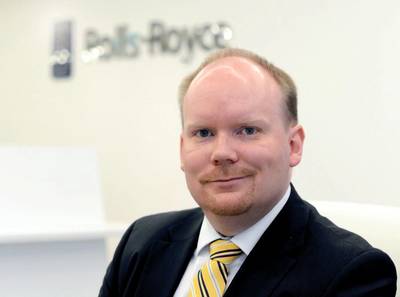 Experts predict the internal combustion engine will not lose its dominant position any time soon, but developing engines to meet ever tighter emission limits is costly. So what role are alternative fuels likely to play in the future? Oskar Levander, VP Innovation, Engineering and Technology at Rolls-Royce Marine shares his views.

Although nobody can predict how long our oil reserves will last, we can forecast with certainty that demand for it, and with it the price, will continue to stay high.

For vessel operators fuel now makes up an increasing proportion of costs. And prices will rise next year, with the shift to low sulphur distillate fuel, assuming that a 0.5 per cent global sulphur cap comes into effect in 2020. That’s in addition to the 0.1 per cent sulphur requirements that are expected to be enforced in Emission Control Areas (ECAs) in North West Europe and North America from next year.

Owners operating almost exclusively within these zones have been seeking solutions to these issues for some time. They are the main reasons owners, designers and equipment providers like Rolls-Royce have been investing heavily in maximizing ship and propulsion systems efficiency. These new rules mean there is no alternative but to switch to more expensive low sulphur distillate fuel, which is compounded by supply worries, move to engines that can burn more environmentally friendly fuels, or fit appropriate abatement technologies.

In the future fuel selection will have many more dimensions. In addition to size and type, operating region and pattern will play a larger role in ECAs for low sulphur fuels. Pricing and availability also varies from one region to another. Vessel range impacts fuel feasibility due to space and cost constraints. So, for two similar ships with different operating profiles one may opt for LNG while the other will select diesel. In fuel selection there is no longer a simple right choice.

The main alternatives
Today HFO powers 90 per cent of the world’s ships and marine gas oil or diesel the rest. Over the last 10 years LNG has emerged and is now gaining acceptance, mainly due to attractive pricing and its environmental benefits. The industry has now become more accustomed to it. In the early days the concern was safety, now it is developing adequate bunkering infrastructures within the ECAs. With the move to LNG by a number of operators, infrastructure development is moving ahead at a rapid pace.

I have long held the view that LNG will be the fuel of the future for a growing number of ships.

There is no doubt that gas will be available much longer than mineral-based fuels. Engines that burn it comply with the emission limits which diesel engines can only meet with the help of expensive exhaust aftertreatment. Gas engines run cleaner and quieter. Pure gas installations simplify the machinery fit, resulting in a very lean and cost efficient installation, when diesel and auxiliary systems are removed.

Discussions around Methanol as a marine fuel are cropping up more frequently. It is available in other industries and we are used to handling it as a cargo offshore. But there are issues as it is toxic and requires twice the space of diesel. As with anything, it is economics that will either favor or reduce its wider take-up. The price is what will matter. Currently it is running some 10-15 years behind LNG, but is not likely to play as big a part in the fuel mix as LNG.

Dimethyl ether (DME) is another fuel linked to Methanol, but likely to play a smaller part. It is a very clean burning fuel and requires pressure tanks onboard.

Biofuels are a different story. Here we have many different types and no binding specification. Although today’s engines are suitable for many grades, the lack of standards makes uptake difficult, hence the need to mix with fossil fuels. They are also limited by production, due to the impact on the world’s ability to produce food. So as a marine fuel it is only likely to appeal to niche markets. But this could change when we move to the next generation of biofuels.

Hydrogen is unlikely to become a primary fuel for ships any time soon. It makes no sense to use LNG or electricity to produce it. These feedstocks should be used directly as the fuel unless there is an abundant supply and turning it into hydrogen would be useful for energy storage. So H2 is only practical in a handful of countries with surplus onshore energy.

What are the alternatives?

Biodiesel
Derived from vegetable oil which is transesterified with roughly ten per cent methanol and then purified. The resulting fuel is very similar in its combustibility to conventional diesel fuel. However rising food prices have raised doubts over the viability of production in the long term. A breakthrough is expected with the arrival of second generation diesel, when it can be made economical. In contrast to today’s biodiesel it uses the entire plant, so that three times the quantity can be produced from the same crop acreage. Its storage lifetime and NOx emissions are still too high to comply with forthcoming regulations.

Methanol
Is readily available and produced from feedstocks that include natural gas, biogas, coal and biomass.
The environmental benefit depends greatly on the method of production. Transport and distribution is similar to gasoline and ethanol.

It is toxic and its flammability range is greater than diesel fuel with a lower flash-point and it is not yet covered by international regulations.

Conversion costs are lower than for LNG. Pressurised tanks are not required. Storage volume is roughly twice that required for MGO. Combustion produces no SOx and low particulates, but NOx levels do not comply with IMO tier III when powering a diesel.

Dimethyl ether (DME)
Produced from the same feedstocks required for methanol production. It can also be made from methane that occurs from decomposing cow and chicken manure, rotting grass clippings and landfill gas.
Its properties are similar to LPG and can therefore be transported and stored in a similar way.

It is non-toxic and burns cleanly producing no SOx, with reduced levels of NOx and CO2.

Liquified Natural Gas (LNG)
Natural gas is a mixture of gases that consist primarily of methane. LNG is natural gas that has been cooled to -162⁰C and liquefied. In this form it occupies around a 600th of the space in its gaseous form.
LNG does not explode or burn. It needs to be in vapour form and mixed with air to burn and there is no direct environmental damage from a spill.

It must be returned to its gaseous form by a regasification unit to be burned in an engine, where it burns much cleaner than other marine fuels. The first LNG ferry powered by Bergen gas engines commenced operating in 2006.

Compressed natural gas (CNG)
It is a highly compressed from of natural gas which can be as much as 99 per cent methane. Normally compressed to a pressure of around 215 bar it is commonly used as a gas fuel for motor vehicles.